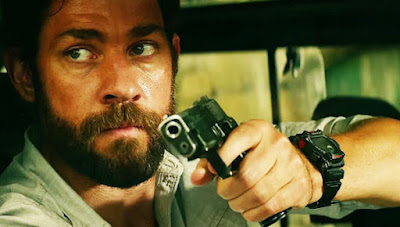 I find this news hugely exciting. Jack Ryan is one of the great heroes of spy fiction, but has been underserved since his heyday in the 1990s. I think television may prove a better format for Clancy's brand of technothriller than feature films. I would love to see this first season lay the groundwork for season-long adaptations of Clancy's dense novels, including many of the subplots and fascinating details that the movies had to leave out. Maybe we could even, finally, get a screen version of The Cardinal of the Kremlin! Cuse, an avowed fan of Clancy's books, and Roland, a former Marine, seem like an ideal team to finally do right by the late author, and Bay seems like such an obvious match for this material that I'm frankly shocked it's taken this long to happen. I really hope he manages to wriggle free of giant robots long enough to direct the pilot, because his fetish for military hardware is a perfect match for Clancy's own.
Posted by Tanner at 10:29 PM