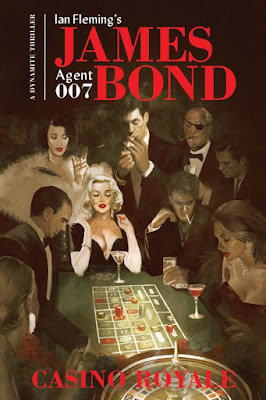 When it was first announced back in 2015 that Dynamite had landed the license to produce James Bond comics, part of that announcement was that the publisher would release period-set graphic novel adaptations of the Ian Fleming novels. The first, Casino Royale, was originally set for publication last year with a different artist, then delayed several times. Now, at least, it is almost here! Dynamite will release the 160-page graphic novel Casino Royale, adapted by Van Jansen and illustrated by Dennis Calero, on October 17, 2017, under a stunning cover by Fay Dalton. Dalton's involvement is a nice bit of synergy for Ian Fleming Publications, as she also illustrates the beautiful slip-cased Folio Society editions of the Bond novels. (Indeed, her slipcase art for Folio's Casino Royale, below depicts the same characters as her comic cover!) This week Dynamite provided a first glimpse at Calero's interior artwork in Previews. The final art will be in color. 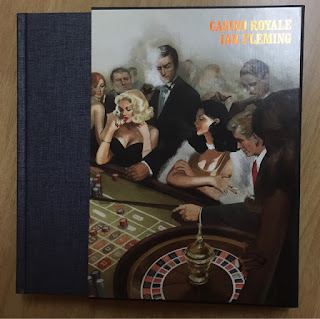 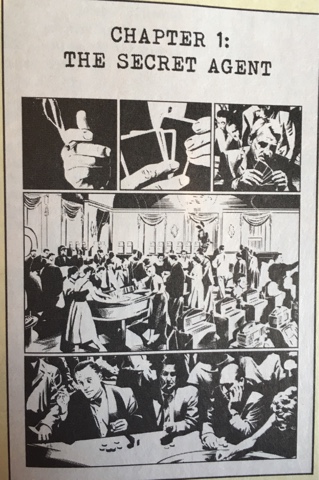 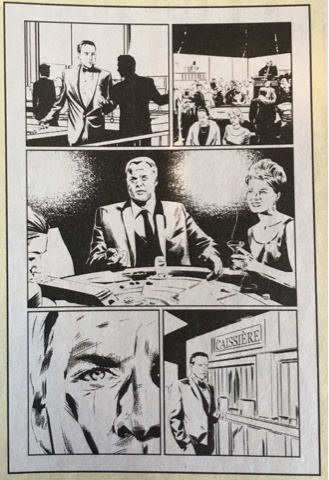 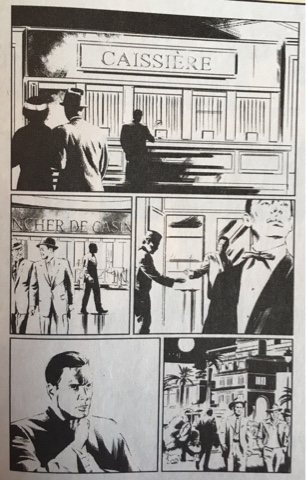 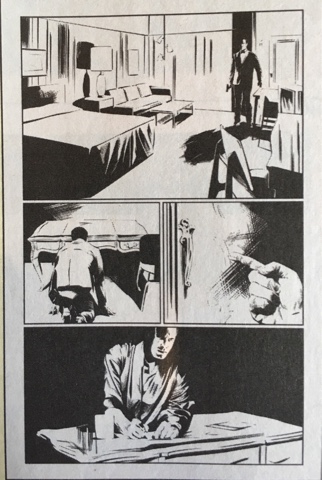