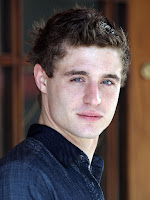 Deadline reports that Max Irons (Jeremy's son, soon to be seen in the Julian Fellowes-penned Agatha Christie adaptation Crooked House) will attempt to fill Robert Redford's iconic shoes as CIA analyst Joe Turner in the previously announced MGM-produced miniseries remake of 3 Days of the Condor. The new Condor, as it is called (thus avoiding the 3/6 discrepancy over the number of days Condor spends on the run between the 1975 movie and the James Grady novel upon which it's based, Six Days of the Condor), will take the form of a 10-episode series for AT&T's Audience Network. (Great, another must-see spy show that requires ordering a whole new cable package, like Berlin Station!) Like Redford, Irons will play Joe Turner (not Ronald Malcolm, as he's named in the book), the desk-bound CIA analyst code-named Condor who finds himself on the run and in way over his head. Here's how the trade describes the new take:


Turner is an idealistic millennial who secretly joins the CIA hoping to reform it from within. But when everyone in his office is massacred by professional killers, this brilliant analyst is forced out of his ivory tower think tank and into battle with the most dangerous elements in the military-industrial complex. If he is to have any chance of surviving, Joe will have to do things he never imagined himself capable of — and discover that no one knows their true character until they’ve been tested under fire.

The good news is that other than the de facto "millennial" label, that description pretty much matches both the classic movie and the classic novel. (Both are essential for any spy fans!) The bad news is it doesn't really give us any hint of which source the scripts by Jason Smilovic (Lucky Number Slevin, My Own Worst Enemy) and Todd Katzberg will hew closer to, or what changes they've made to the material. But it is kind of amazing how easily Grady's plot (originally conceived in the Nixon era) can be applied to today's post-Snowden world and feel timely.

It was announced around the same time this project was first announced (early 2015) that Jay Roach (Austin Powers: International Man of Mystery) was attached to direct a film of Grady's 2006 novel Mad Dogs, which features an older Condor in a bit part, but we haven't heard anything about that since. At any rate, I have high hopes for this new Condor miniseries! The material is still relevant, and Condor deserves to be a better known brand in the spy landscape. It would be great if the series proves successful and subsequent seasons draw from Grady's follow-ups Shadow of the Condor and Last Days of the Condor!
Posted by Tanner at 8:42 PM