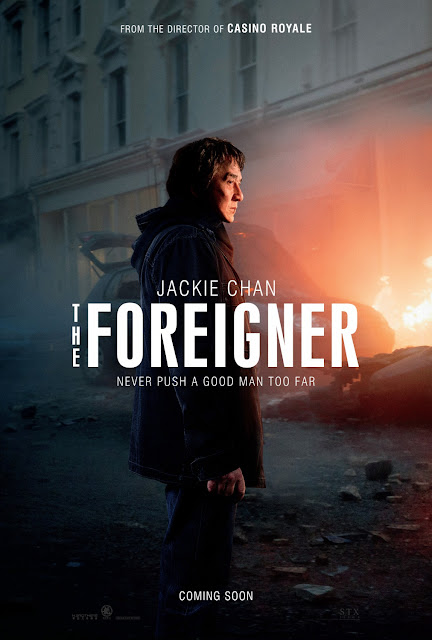 STX have released a trailer for GoldenEye and Casino Royale director Martin Campbell's The Foreigner, starring Jackie Chan and Pierce Brosnan. And it looks great! I love seeing Chan (who, like Brosnan, has aged well) in a grittier, more serious action movie than we're used to. The terrorism drama based on Stephen Leather's 1992 novel The Chinaman opens October 13 in the United States.