Tradecraft: U.S. Remake of French Series THE BUREAU in the Works

Deadline reports that an English language version of the international hit French spy series The Bureau (Le Bureau des Légendes) is in the works. Per the trade, Paris-based Federation Entertainment, the production company behind the series, "said that negations are underway for remakes of The Bureau in both the U.S. and South Korea." The original French version airs in America on cable network Sundance, and has found great success in markets all over the world. It stars Mathieu Kassovitz (Haywire, Munich), and Bond villain Mathieu Amalric (Quantum of Solace) came aboard in the fourth season.
Posted by Tanner at 10:27 AM 1 comment: 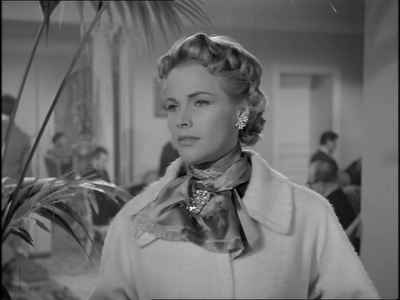 The spy genre has lost a Great today. The Guardian reports that Honor Blackman has passed away at the age of 94, "of natural causes unrelated to coronavirus." It's crushing to lose two of the key Bond Girls in a matter of months, Blackman's death coming on the heels of Thunderball's Claudine Auger in December. And while she will probably be best remembered for her definitive portrayal of Pussy Galore opposite Sean Connery in Goldfinger, Blackman's mark on the spy genre is far greater. For me, she'll first and foremost always be Cathy Gale, John Steed's first regular female partner on the UK TV classic The Avengers.

Cathy Gale was ultimately overshadowed by Steed's more famous subsequent partner, Emma Peel (played to perfection by another future Bond Girl, Diana Rigg), but Gale's and Blackman's place in television history cannot be overstated. Cathy Gale was television's original badass, leather-clad female spy, paving the way not only for Mrs. Peel, but for Honey West (producer Aaron Spelling was inspired to create the show by Avengers episodes he saw in England, and reportedly first offered the role to Blackman, who turned it down), The Bionic Woman, Alias's Sydney Bristow, and every other leading lady of espionage to throw an attacker over her shoulder, as well as non-spy heroines like Xena and Buffy the Vampire Slayer. Quite simply, there had never been an action-oriented female protagonist on television before Honor Blackman's groundbreaking performance. She changed the game. In part, this was due to Blackman inheriting scripts that had been originally written for another male partner for Steed (following his first season foil, Ian Hendry's Dr. David Keel), which were hastily rewritten for her, but kept the character involved in the action in a way women hadn't been previously on TV. But in a larger part, it was due to Blackman's undeniable and very physical presence: she played Cathy as a woman definitely not to be trifled with! And she learned judo for the role, impressively dispatching stuntmen twice her size on a regular basis on episodes that were at the time taped live. Her obvious talent even led to the publication of a book, Honor Blackman's Book of Self-Defense.

Prior to playing Cathy Gale, Blackman was known for glamour more than ass-kicking. But she'd already racked up a pretty impressive roster of spy roles. Foremost among them was a regular role on the 1959-60 ITC wheel show The 4 Just Men (review here), in which she played Nicole, secretary to Paris-based Just Man Tim Collier (Dan Dailey). That was a series very much of its time in all respects, so Nicole was no Cathy Gale, but Blackman nonetheless imbued her with the quick wit and spark that would later define her more famous character alongside her martial arts skills. She also made pre-Avengers appearances on other ITC series like The Saint, Danger Man,  and The Invisible Man, as well as U.K. spy and detective series like Top Secret (sadly lost), Ghost Squad, and The Vise, while also turning up in spy movies like Conspirator (with Elizabeth Taylor), Diplomatic Passport, and the original 1953 TV movie version of Little Red Monkey (penned by wartime BSC spy Eric Maschwitz and adapted two years later into a feature film version). Other notable film roles during this period include Jason and the Argonauts (1963), the Eric Ambler-penned Titanic drama A Night to Remember (1958), the Dirk Bogarde suspense drama So Long at the Fair (1950), and the Hammer noir The Glass Tomb (1955). Following the international success of Goldfinger, Blackman surprisingly didn't make many more spy appearances. The notable exceptions were the superior 1968 Goeffrey Jenkins adaptation A Twist of Sand (a movie in dire need of a Blu-ray or at least DVD release!), opposite Deadlier Than the Male's Richard Johnson, and a 1983 TV adaptation of Agatha Christie's Tommy and Tuppence mystery The Secret Adversary. In the late Nineties, Mike Meyers dreamed of getting Blackman and Connery to play Austin Powers' parents, but that didn't happen and Michael Caine ended up playing his dad. While not playing spies, though, Blackman continued to have a robust post-Bond career, including a re-teaming with Connery in the 1968 Western Shalako, a pair of 1970s cult horror movies, Fright ('71), and Hammer's final genre flick of that incarnation, To the Devil a Daughter ('76), opposite Christopher Lee, and, more recently, a very memorable comedic turn in Bridget Jones's Diary (2001). She also continued to make her mark in television, too, with recurring or starring roles on Doctor Who, The Upper Hand, and Coronation Street, and guest appearances in Columbo, Dr. Terrible's House of Horrible, Midsomer Murders, and New Tricks.

Her early fame from The Avengers brought her an unlikely career milestone in 1990 when an infectious novelty single she had recorded with Patrick Macnee in the early Sixties, "Kinky Boots," became a dubious Top 10 radio hit at Christmastime. Some have described it as "embarrassing," but as far as I'm concerned both of those stars had enough infectious charisma to pull it off even if they're not really singers! (I'm also partial to the B-side, "Let's Keep It Friendly," about the characters' platonic relationship on the show.)

Blackman has also had a successful theater career, including productions of "The Sound of Music," "My Fair Lady" and "Cabaret," and a couple of touring one-woman shows. It was one of these performances that brought her into my out-of-the-way neck of the woods when I was in high school in the mid-Nineties. I took in the show, which was amazing, and then managed to meet her backstage. Blackman was the first Bond celebrity I'd ever met, and she did not let me down. She seemed genuinely happy to meet with fans, and gladly signed a Goldfinger trading card for this starstruck teen while regaling me with stories from her days on The Avengers. She even weighed in with a decidedly non-PC answer on a debate I'd been having at the time with a friend about whether Bond and Pussy's roll in the hay was truly consensual. "Darling," she told me, eyes sparkling, "it was Sean Connery. Any woman would have wanted it!"

That sparkle remained ever-present as she remained a public figured right up to the end, always reliable for some media appearances whenever a new Bond movie came out. She never turned her back on the franchise, or publicly showed any resentment for the "Bond Girl" label that followed her throughout her career. She also continued to be a cheerleader for The Avengers, despite having left the series just before its transition to film and color... and the American broadcast that cemented its global fame.

In Blackman's final episode of The Avengers (after her Goldfinger casting was already public news), Steed bade farewell to Cathy Gale with a typical request of a favor, beginning, "And as you're going to be out there anyway, pussyfooting along those sun-soaked shores..."

"You thought I might do a little investigating," she finishes, knowing him all too well. She demurs, asserting her well-earned right to a vacation. "You see I'm not going to be pussy-footing along those sun-soaked shores," she corrects her partner, "I'm going to be lying on them." Pussyfooting or lounging, Honor Blackman has certainly earned her trip to those sun-soaked shores. While more terrestrially, the modern spy genre forever owes her an enormous debt. Blackman was a true trailblazer, who transformed the role of women in the spy genre from femme fatales who relied exclusively on their sexuality to equal participants in the action, undaunted by superior force and unmatched in combat skills.
Posted by Tanner at 11:39 AM No comments: