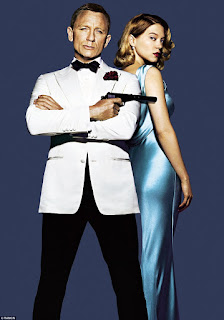 Deadline reports that the next Daniel Craig James Bond movie has switched release dates again... but unlike the last date change, from November 2019 to February 2020, this one isn't because of production delays. That move came because original director Danny Boyle left the project and the script (or treatment, depending on how far they had gotten) he had developed with John Hodge was jettisoned in favor of (or possibly incorporated into; the details are still unclear) a previously existing story idea by regular Bond scribes Neal Purvis and Robert Wade as Cary Joji Fukanaga (Maniac, True Detective) came on board to helm.

This time, the shift comes as part of a release date shuffle at Universal, who will distribute Bond 25 internationally in conjunction with MGM, who will release domestically through their joint venture with Annapurna, now happily branded as United Artists (per Variety)... bringing Bond back home, as it were. (The first 19 James Bond films were released through United Artists, but that logo hasn't been seen at the head of a 007 movie since 1999's The World Is Not Enough.) Universal moved the 9th Fast and Furious movie away from its traditional April berth into the Memorial Day frame. According to the trade, this was done because Easter Weekend, when it had initially been slated, is crammed full in China, where that blockbuster franchise does a large percentage of its business. With April 8 now free, it made sense for the studios involved to move Bond 25 into that plum Easter Weekend slot, when there are currently no other major movies scheduled to open. 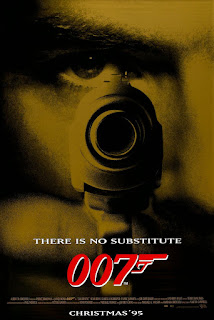 Four of the last five Fast & Furious movies have opened in April (basically ever since the franchise reinvented itself as an international caper series), turning that month into the unofficial start of the summer tent pole movie season that used to begin Memorial Day weekend, and thus paving the way for 007. Bond movies have traditionally opened around Christmas time ever since GoldenEye in 1995, following the box office failure of Licence to Kill in the crowded summer marketplace of 1989, which included stiff competition from Batman, Lethal Weapon 2, and Indiana Jones and the Last Crusade. It will be interesting to see if the April date for Bond 25 signals anther long-term paradigm shift for the series, or ultimately proves an anomaly like the June-released Fast & Furious 6 in 2013. To be honest, I was kind of looking forward to a Valentine's Day Bond movie, but April makes sense for the series. And by returning to the summer box office the franchise once dominated as well as the UA logo on the head, it makes Bond 25 even more of a homecoming.

According to the trade, series regulars Ralph Fiennes, Ben Whishaw, and Naomie Harris are all set to return as M, Q, and Moneypenny, respectively, along with Lea Seydoux reprising her SPECTRE role as Madeiline Swann, and thus becoming the first recurring Bond Girl (in the same role, anyway) since Eunice Gayson's Sylvia Trench in Dr. No and From Russia With Love (1962 and '63, respectively). My fingers are firmly crossed that Rory Kinnear will also return as Bill Tanner, and just isn't a big enough name to warrant mention in the trades at this point.

And speaking of Fast & Furious movies (which obviously owe a huge debt to the Bond series), prior to that ninth one in 2020 we will see their all-spy spinoff movie, Fast & Furious Presents Hobbs & Shaw, which opens this summer starring Jason Statham, The Rock, and frequent source of 007 rumors Idris Elba. The first trailer was recently released.
Posted by Tanner at 5:52 PM No comments: 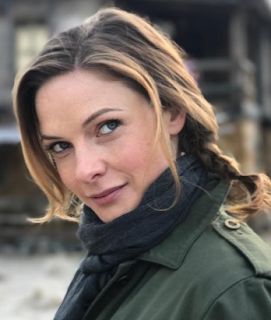 We learned last month that director Christopher McQuarrie and star Tom Cruise were both on board for two more Mission: Impossible movies, shooting back-to-back for release in 2021 and 2022.  While the regular team is expected back, there had been no confirmations so far. Rebecca Ferguson, who joined the franchise as the enigmatic agent Ilsa Faust in McQuarrie's first movie, Mission: Impossible - Rogue Nation in 2015, has now become the first team member to confirm she'll return. According to Metro (via Dark Horizons), Ferguson was asked while a guest on UK chat show Lorraine (where she was promoting her incredibly entertaining new kids' movie, The Kid Who Would Be King) if we would be seeing her in the next Mission: Impossible movie, and she affirmed, "You will." Hopefully we get similar confirmations soon from Simon Pegg, Ving Rhames, recent standout addition Vanessa Kirby, and maybe even Jeremy Renner, who sat out the last one. Variety recently reported that the seventh film will open on July 23, 2021, and the eighth on August 5, 2022. It's not a surprise that Paramount are eager to get more films out quickly, as last year's Mission: Impossible - Fallout (review here) proved the series' highest earner to date, raking in $790 million worldwide, and star Cruise, famous for doing his own stunts, will be 60 by the time the eighth movie premieres. Presumably the next two movies will also introduce a new generation of IMF agents including someone capable of carrying the crazy stunt torch when Cruise feels ready to pass it. It would be nice to see his Ethan Hunt character age gracefully into more of a mission planner role, like television's Jim Phelps, while someone else equally insane takes on the precipitous dangling.
Posted by Tanner at 5:38 PM 1 comment: 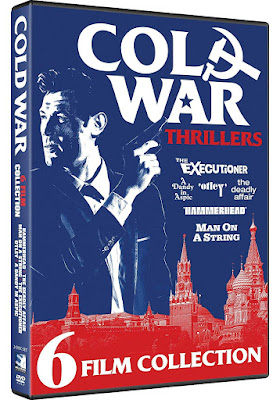 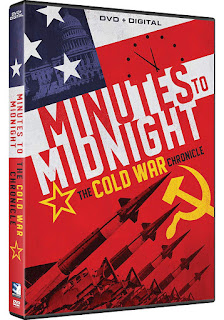 It's art! Bootleg toy artist Sucklord is offering an unofficial Max Zorin action figure for $175. It's part of a line of Christopher Walken character figures. If you buy it, I don't think you're supposed to open it up and play with it.
Posted by Tanner at 3:03 PM No comments:

Universal released the first trailer the other day for the Fast & Furious franchise spinoff Hobbs & Shaw, starring Dwayne Johnson and Jason Statham. The Fast & Furious is an odd franchise, because it started out as a mid-budget street racing/crime series, then morphed into a mega-budget international heist series with a serious espionage bent and car stunts to rival Bond and Mission: Impossible. It's also one of the few series I can think of that got significantly better along the way. For me, the fifth film, Fast Five, was a real turning point, when Justin Lin, who had already directed two previous entries, really perfected what would become the series' formula. It was also the movie that introduced Dwayne Johnson's character, a tough-as-nails DSS agent named Luke Hobbs who was on the trail of Dominic Toretto's (Vin Diesel's) gang in Brazil. That was also when, after several less successful attempts, The Rock truly became an action star. His palpable charisma made Hobbs an instant fan-favorite character, and he was brought back in the next entry, Fast & Furious 6, which also introduced (in a post-credits coda) Jason Statham (Transporter 3) as former MI6 agent gone rogue Deckard Shaw. Shaw returned as the main antagonist in Furious 7, before reluctantly joining forces with the good guys (including Hobbs) in The Fate of the Furious. In Furious 7, the series had already shifted its focus to international espionage, courtesy of Kurt Russell's Nick Fury-ish spymaster Mr. Nobody. With Dom working with the bad guys for much of Fate, Hobbs and Shaw had a chance to shine on the good guy team, emerging as the series' clear new stars. So it only made sense to give them a spinoff! With Fast & Furious Presents: Hobbs & Shaw, we could see a new spy franchise grow out of what started as a street racing series.

It's high time Transporter star Jason Statham got a big budget action series, and pairing him with The Rock should double the thrills. Atomic Blonde director David Leitch takes the helm, and he's brought on able spy support in the form of Idris Elba (he of perpetual tabloid rumors about James Bond, not to mention the solid neo-Eurospy flick The Take) as the villain (clad in a very Steranko bodysuit) and Mission: Impossible - Fallout standout Vanessa Kirby as an MI6 agent on the run. Eddie Marsan (Atomic Blonde) and Eiza González (Baby Driver, Alita: Battle Angel) round out the impressive cast. The action looks, as expected from that team, hyper-kinetic, Johnson and Statham's chemistry looks good, the cars look cool, and it generally looks like we might have a new action-heavy spy franchise to rival 007 and Mission: Impossible on our hands!