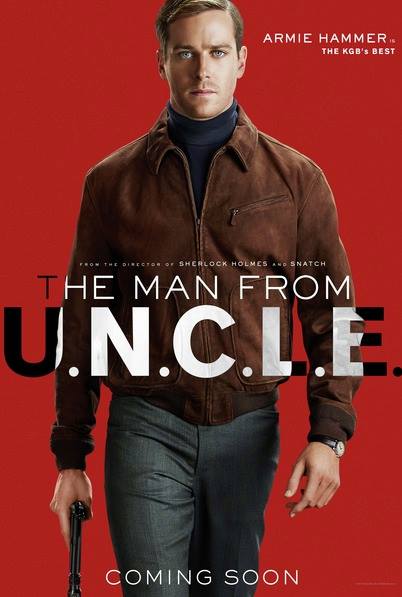 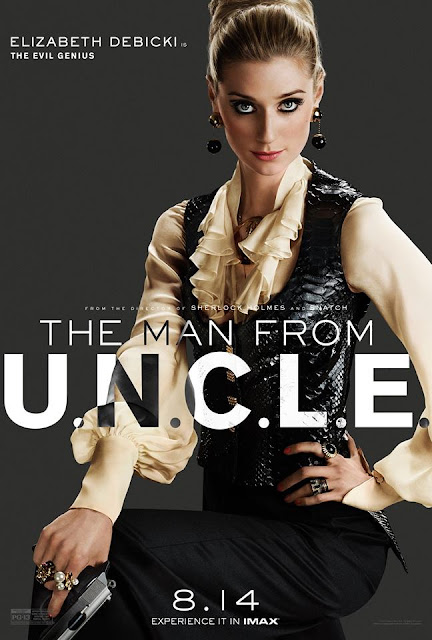 Following on from the poster reveals for Napoleon Solo (Henry Cavill) and Gaby Teller (Alicia Vikander), we have two more Man From U.N.C.L.E. character posters today: one for Armie Hammer as Solo's Russian partner, Illya Kuryakin (a role played in the TV series by David McCallum), and one for Elizabeth Debicki (The Night Manager, The Great Gatsby) as Victoria Vinciguerra... or, as the poster bills her, "the evil genius." Some of the most memorable evil geniuses from the TV show were women, including Janine Gray (Danger Man) as Angelique in "The Deadly Games Affair," and the great Anne Francis (Honey West) as Gervaise Ravel in a pair of first season episodes. Hopefuly Debicki will follow in their illustrious footsteps! Now, surely we'll see a Waverly poster showcasing Hugh Grant before the week is out...
Posted by Tanner at 2:30 PM

Ahh, Anne Francis as Gervaise Ravel. When we U.N.C.L.E. fans over the years discussed a possible new movie, there were those who thought it would work well to take an episode from the original series to expand into a film. The two Ravel episodes were my pick. What a natural role for Nicole Kidman!