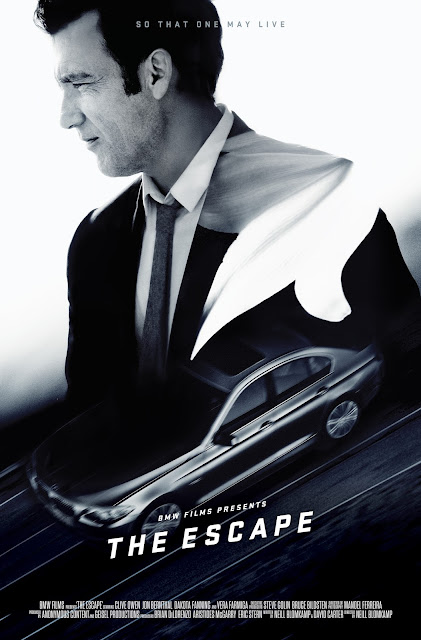 The eagerly awaited return of BMW Films' The Driver (Clive Owen), announced last month, premiered today. The Escape, the new short film (or long commercial, depending on how you look at it) stars Owen, reprising his role from the early 2000s, as the enigmatic, ultra-professional getaway driver, this time transporting a human clone (Dakota Fanning) for the unscrupulous chief of security for a biotech company (Jon Bernthal). Neil Blomkemp (District 9) directs The Escape, the highlight of which is a Bond-worth setpiece featuring a car vs. helicopter tug of war. Watch on the BMW Films website or embedded below, via YouTube.


Meanwhile, Ford actually scooped BMW by a few days by copying their idea, and released a short film of their own starring Mads Mikkelsen (Casino Royale) and the great Barbara Steele (Black Sunday). Like BMW, they trade on classic spy movie imagery in their short, Le Fantôme. Jake Scott (Plunkett & Macleane), son of Ridley Scott and nephew of Tony Scott, who produced the second series of original BMW short films, directs this one, which finds Mikkelsen playing a debonair international assassin (the titular Fantôme) hunting his latest quarry in an exotic European location. Steele plays a rival assassin, and the targets drive a shiny new Ford. (So you can probably guess their fate.) It's also worth watching: 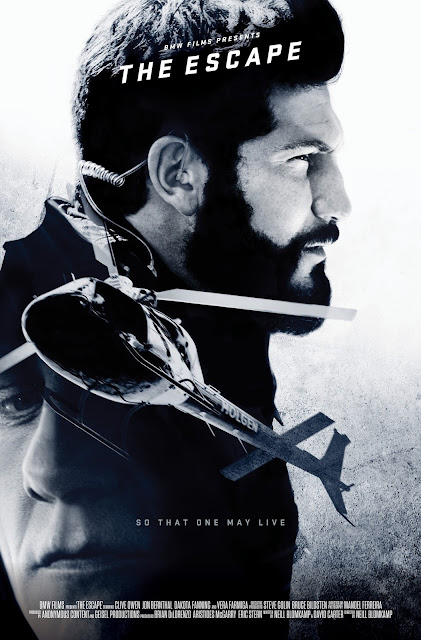