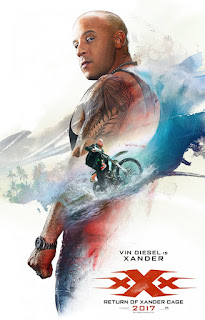 If you guessed that the reason for this sequel happening was China, you'd be right. (We heard as much a year ago.) Said The H Collective CEO Nic Crawley, "The response from the Chinese box office [to the third film] was unprecedented. Bringing the next installment of the xXx franchise to The H Collective complements our diversified slate and mission to produce content for a global audience." Deadline added some further financial details, pointing out that while the first three films have collectively grossed nearly a billion dollars, their popularity has waned Stateside. The original xXx raked in $142.1 million domestically in 2002; the latest one topped out at $44.8 million domestically in 2017. But it set box office records in China, pulling in more than $164 million in the Middle Kingdom and contributing mightily to its $346.1 million worldwide haul. This, of course, was the intention; in his third outing Xander was backed up by a diverse, Fast & Furious-style team of international stars, including Chinese box office idols Donnie Yen (Rogue One: A Star Wars Story) and Kris Wu (Journey to the West: The Demons Strike Back), who were both featured heavily in advertising there. There's no official word yet on any cast beyond Diesel, but it seems like a good bet that those Chinese stars will be back as well. (Personally, I'd like to see Indian actress Deepika Padukone and Aussie Ruby Rose return, too. They were highlights of the last movie.)