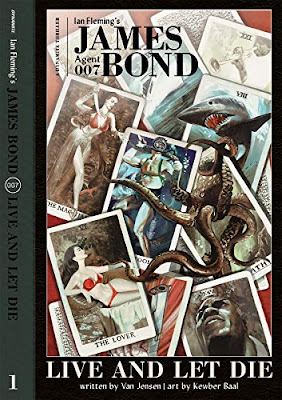 Thanks to Jack for the heads-up!
Posted by Tanner at 12:44 AM

I was under the impression that Ian Fleming authored LIVE AND LET DIE. :)