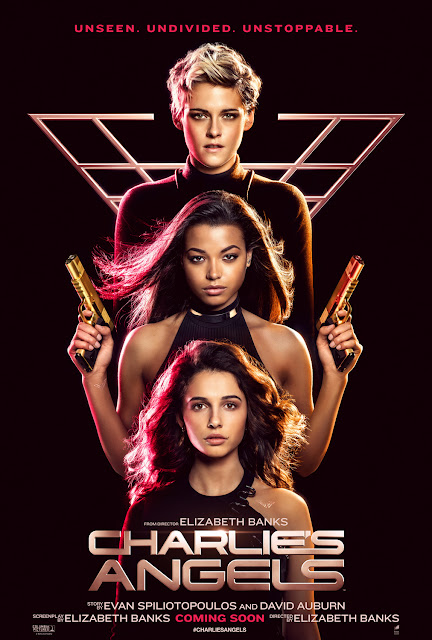 The latest incarnation of Charlie's Angels is a new feature film directed by Elizabeth Banks and starring Kristin Stewart (American Ultra), Ella Balinska (Hunted), and, after seeing her in Guy Ritchie's Aladdin, my pick for Modesty Blaise should any studio ever wake up and realize the world is running out of heroes, Naomi Scott. And, after McG's two movies in the early 2000s (especially the second one) dabbled in espionage, this version seems to dive full into spy territory. And it looks pretty awesome! Charlie's Angels, which co-stars Banks (Catch Me If You Can), Patrick Stewart (Smiley's People), and Sam Claflin (Any Human Heart) opens November 15. Check out the trailer!