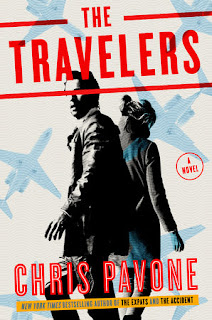 Deadline reports that Dreamworks has acquired Chris Pavone's forthcoming spy thriller The Travelers for Andrew Rona (Unknown) and Alex Heineman (The Gunman) to produce. The trade describes the book, due out in March, as "a Hitchcockian thriller with shades of Mr. and Mrs Smith and North by Northwest." From that sentence you'd think they meant Alfred Hitchcock's Mr. and Mrs. Smith, but I assume they actually mean Doug Liman's completely unrelated Jolie/Pitt film. Here's Deadline's plot description:


Will Rhodes is a Gotham-based journalist who unknowingly works for a spy agency posing as a luxury travel magazine called Travelers. After meeting a mysterious and beautiful woman on his latest international assignment, Will finds himself drawn into a tangled web of global intrigue, and it becomes clear that the network of deception ensnaring him is part of an immense and deadly conspiracy —and the people closest to him, including his wife may pose the greatest threat of all.