Stonebridge and Scott STRIKE BACK Again Tonight on Cinemax 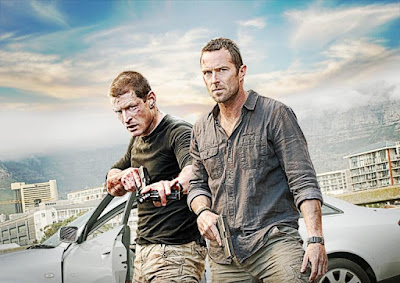 While they're not part of the main cast of Cinemax's rebooted counterterrorism action drama Strike Back, Deadline reports that Sullivan Stapleton and Philip Winshester will return as the beloved and iconic Stonebridge and Scott in tonight's episode of the revived series. Stapleton and Winchester starred in the series' second incarnation when Cinemax first came aboard, following an initial UK season on Sky which starred Richard Armitage and Andrew Lincoln. The Stapleton/Winchester version came to an end after four seasons, and the two stars moved on to other shows. Then the cable network decided to reboot the show again, re-launching it with a new cast that includes Warren Brown, Daniel MacPherson, Roxanne McKee, and Alin Sumarwata. Tonight, Stonebridge and Scott will presumably show the new generation how it's done... assuming their appearance proves more satisfying than Armitage's incredibly disappointing guest spot on the first Cinnemax incarnation!

The sixth season (confusingly the fifth on Cinemax following the one on Sky) wraps up on April 6, but per Deadline the rebooted Strike Back has already been renewed by the cable network for seventh season to air next year.
Posted by Tanner at 3:51 PM