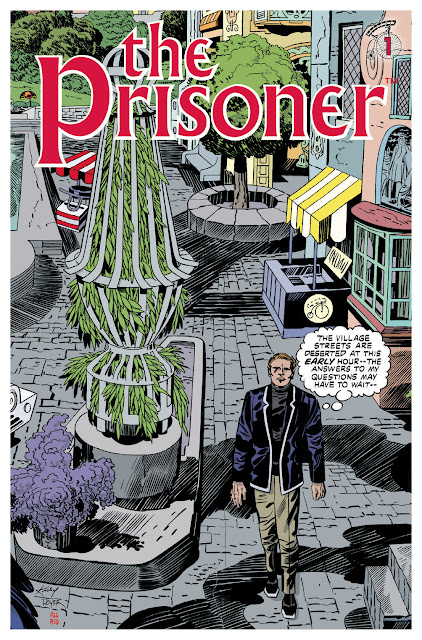 I'm a month behind on this, but Titan released a video trailer for their new Prisoner comic book series in February. Set to the theme music from Big Finish's Prisoner audio series, it looks pretty darn cool! As first reported last year, the series by Peter Milligan (X-Statix, Batman) and Colin Lorimar (Harvest) will serve as a sequel to the Patrick McGoohan's classic Sixties ITC TV show and focus on a new Number 6 in a contemporary Village. (I wonder if it will also take into account DC's 1980s sequel comic, Shattered Visage?) The art for all the different covers, however, clearly leans on the iconic original! There's even one variant that features Jack Kirby's original pencils from his legendary abandoned Marvel adaptation (which will finally see publication this summer, also from Titan--along with another previously unprinted adaptation drawn by Gil Kane) newly inked by Mike Allred! (Allred, who worked with Milligan on seminal runs on X-Force and X-Statix, and whose pop sensibility also landed him cover duties on comics like Batman '66 Meets The Man form U.N.C.L.E. and Batman '66 Meets Steed and Mrs. Peel, also provides his own original cover, below.) Let's hope this new take on the classic show will be better than the misguided 2009 AMC TV miniseries attempt. With Milligan at the helm, I have a feeling it will! Anyway, check out the cool trailer and see for yourself. 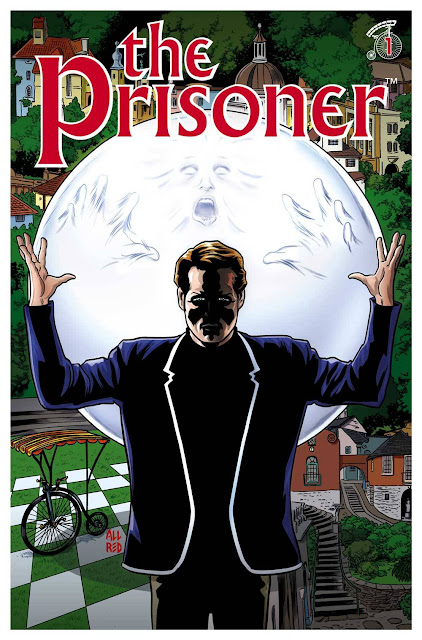