Archer Returns in a Big Way 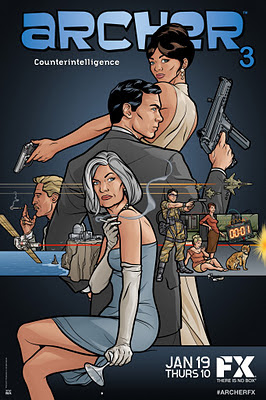 The jerkiest spy since The Adventurer returns tonight, when Archer begins its third season on FX.  The network has released a number of cool stills and hilarious clips from the new season, and it looks just as promising as those that came before. (Both prior seasons have made my Best of the Year lists in television, here and here.) And the advertising, like the look off the show itself, is once again heavily Bond-inspired. Existing in a sort of never-never nebula where the Cold War never ended and classic From Russia With Love menswear never went out of style, Archer always provides as many nods to past pop culture as it does references to present pop culture. This year's poster art adds Cheryl's ocelot into the mix, which is itself a Honey West reference, and the TV spots all play Nancy Sinatra's theme song from The Last of the Secret Agents. The season premiere manages to name-check a pretty obscure Sixties spy movie, too... and in the process makes what I am certain is the best Operation C.I.A. joke ever made on a TV show!

Archer isn't just back on TV though. In addition to the Complete Season Two DVDs and Blu-rays that came out a few weeks ago, this week saw the release of a brand new book by Sterling Archer himself, How to Archer: The Ultimate Guide to Espionage and Style and Women and Also Cocktails Ever Written. The contents are very similar to Kingsley Amis's classic James Bond lifestyle bible The Book of Bond or Every Man His Own 007, providing all sorts of details on how to live the Archer lifestyle written in classic Archer deadpan, but the cover is something else. The cover itself is one of those great, obscure pop culture references that Archer excels at, perfectly recreating the look of a Sixties Annual. It's got hints of the James Bond annuals and a Danger Man one. I love it! You can sample the contents for yourself courtesy of publisher Harper Collins here.

Archer returns tonight, January 19, at 10pm Eastern on FX. The season premiere, guest starring Burt Reynolds, should continue to air throughout the weekend. Check your local listings, as they used to say. 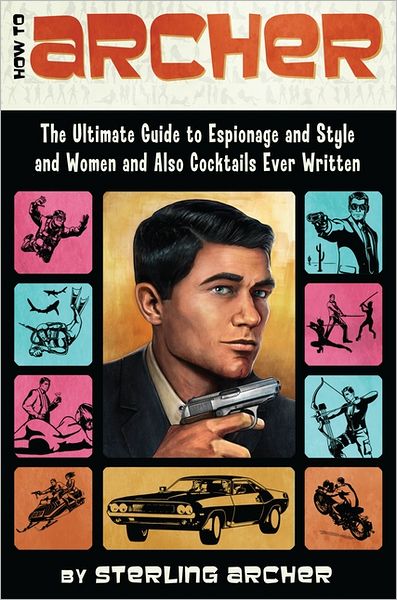