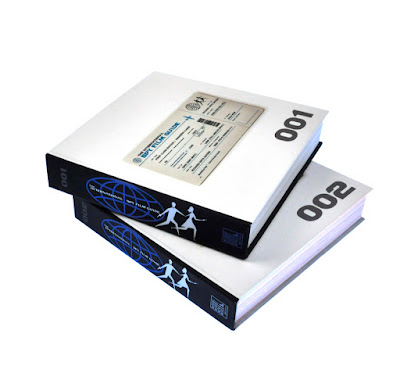 The Kiss Kiss Kill Kill Archive (found under spy links on the right) is one of the very best resources on the whole web for Cold War spy movies - especially Eurospy titles. And its founder, Richard Rhys Davies, is one of the most knowledgeable authorities on the genre that I know. Next year we'll all be the beneficiaries of that knowledge and his years of collecting espionage posters. Davies has announced that in Spring 2016 he'll release the massive, two-volume, fully-illustrated, full-color tome The International Spy Film Guide 1945 - 1989. 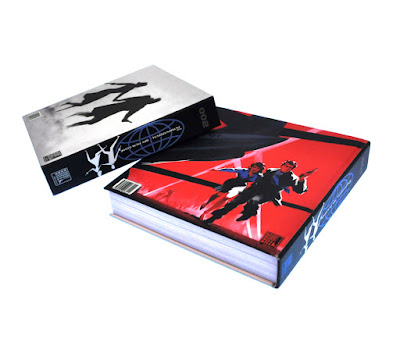 1100 pages spread across two hardcover volumes, The International Spy Film Guide will be the ultimate resource for students of Cold War spy cinema, spanning from the end of WWII to the fall of the Berlin wall and covering 2,211 Films from 65 Countries on both sides of the Iron Curtain. Each film covered will get a short review, a rating, and, perhaps best of all, a representative piece of color artwork from the exhaustive Kiss Kiss Kill Kill Archives. All this will be rounded out by a glossary, an index of co-production titles, alternative English titles, a film series appendix and a list of 200 missing films. 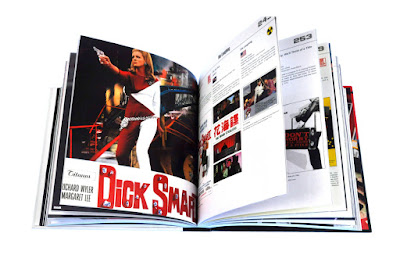 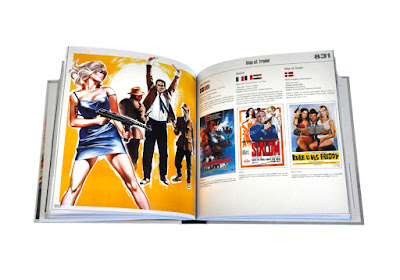 What will this tome cost, you may be wondering? Well, it ain't cheap. The two-volume set will run you a cool £125... but all it takes is a glance at these sample pages to realize it will be worth every penny! Head over the the Kiss Kiss Kill Kill Archive for a closer look at even more beautiful interior pages. And start saving up now!
Posted by Tanner at 3:19 AM

I believe screen writers who want to write cold war stories for movies would Benefit from this Espionage collection.