Covers for Dynamite's James Bond #3, Plus One More for #1 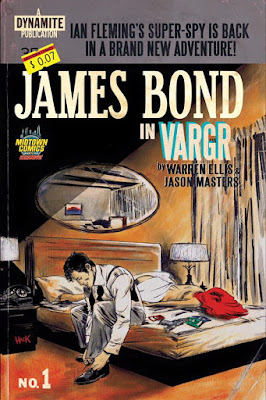 Midtown Comics has revealed an exclusive Robert Hack cover for Dynamite's James Bond 007 #1 comic book, kicking off the "VARGR" storyline by Warren Ellis and Jason Masters. And, in my opinion, it's the best one yet! Don't be fooled by the throwback look though. That's just this retro cover. Ellis's take on Agent 007 is thoroughly modern, though based on the character as portrayed in Ian Fleming's novels, not the movies. The writer has spoken extensively about what to expect from his run on Bond, which will last at least twelve issues. The Robert Hack cover is available only from Midtown Comics, and can be pre-ordered through their website. James Bond 007 #1 comes out next Wednesday, November 4. 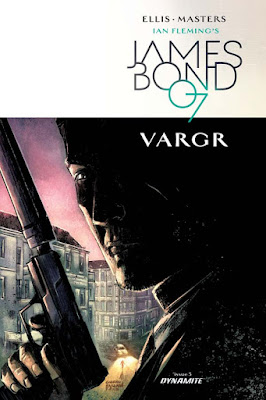 Meanwhile, on Dynamite's own website they've revealed two covers and a story synopsis for issue #3, due out January 6. According to the solicitation, "Bond is on his way to break up a small, agile drug-trafficking operation in Berlin. The truth about what he's walking into is bigger, scarier and much more lethal. Berlin is about to catch fire, and James Bond is trapped inside. Dynamite Entertainment proudly continues the 'VARGR' storyline, the debut chapter of the ongoing James Bond saga as written by industry legend Warren Ellis and illustrated by Jason Masters!" The main cover is by Dom Reardon (below), with a variant (right) by Gabriel Hardman. 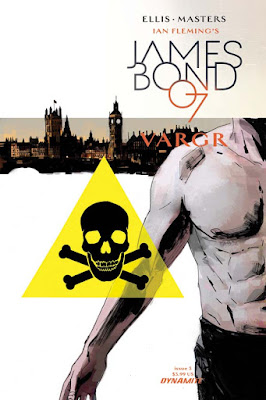