Tradecraft: As Many as 7 New Kingsman Movies in the Pipeline 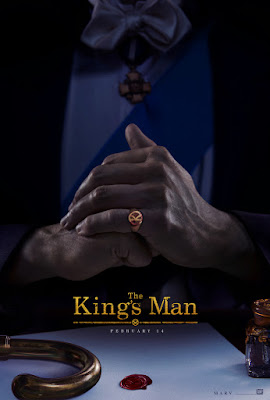 Deadline reports that Marv Films (Matthew Vaughn's UK-based production company) "is plotting 'something like seven more Kingsman films' as part of the company’s expansion plans." That's... ambitious! But other spy franchises have certainly sustained that many or more. At least one of those seven films is expected to be a spinoff centered on the American spies (including Channing Tatum and Jeff Bridges) introduced in the second movie, Statesman. If previous plans mooted by Vaughn are still in effect, another is likely to be a third and supposedly final movie about the characters from the first two films, Eggsy (Taron Edgerton) and Harry Hart (Colin Firth), said to close out that trilogy.

The next Kingsman movie we see will definitely be the WWI-set prequel The King's Man, long in the can and delayed by the global pandemic. That's currently slated for February, but likely to change again. It stars Harris Dickinson, Ralph Fiennes, Gemma Arterton, Rhys Ifans, Tom Hollander, and Daniel Brühl. With a cast like that an an exciting new time period less well mined by other spy franchises (and even a more serious tone judging from the trailers), I'm hopeful some more of these upcoming Kingsman films are sequels to The King's Man. Perhaps Dickinson and Fiennes will get as many movies as Edgerton and Firth.

According to Marv Group CEO Zygi Kamasa (per the trade), the company also has a Kingsman TV series in the works.