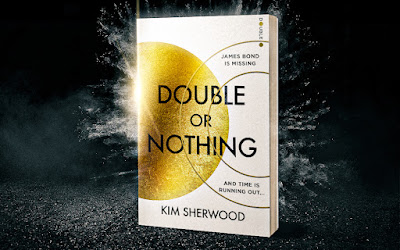 No sooner has Anthony Horowitz completed his trilogy of excellent, period-set James Bond novels than the next iteration of Ian Fleming Publications' literary continuations appears on the horizon via HarperCollins: Double or Nothing, by Kim Sherwood. And this one forsakes 007 (for the moment, anyway) to put the crosshairs on 003, 004, and 009... and the whole Double O Section! It should be unsurprising, given the name of this site, that I find that prospect tantalizing. Since I was a kid, I've been very curious to read about the adventures of the other 00 agents!

Usually when we meet them in the movies, they're already dead or just about to die. The only other active agents we've ever really gotten to know well were Suzie Kew and Briony Thorne in Jim Lawrence's Daily Express James Bond comic strip, Nomi in No Time to Die... and I suppose we ought to also count Scarlett Papava in Sebastian Faulks's thoroughly disappointing Devil May Care. (Read my review here.)

Now, I know. You might ask, "What's the point of a James Bond continuation novel without 007?" To which I would point out that this has actually worked very successfully in the past! Some of my very favorite Bond continuation novels ever are Kate Westbrook's (aka Samantha Weinberg's) Moneypenny Diaries trilogy. (Read my review of the second one, Secret Servant, here, and read my in-depth interview with Weinberg about writing the series here.) Weinberg put the spotlight on Moneypenny, and created thrilling and original narratives in the familiar setting of Fleming's Secret Service.

Kim Sherwood has already demonstrated her bona fides in her Twitter feed and on her website, and it sounds like she knows her spy stuff. (Not only is she well versed in Fleming, but she's also a Modesty Blaise fan!) I can't wait to see what she does with Fleming's supporting characters and the new 00 agents she creates in her Double O Section trilogy! The first book, Double or Nothing, is due out September 1 in Britain. A signed edition with stenciled page edges is also available exclusively from Waterstones (pictured below). No U.S. publication date has been announced so far, but Sherwood recently hinted on Twitter that such an announcement might be imminent. 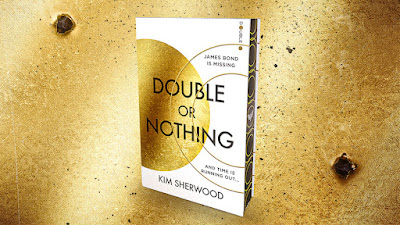