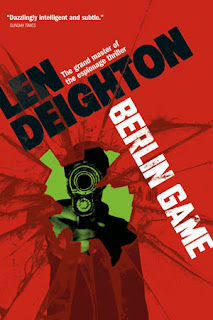 Following their first wave of Len Deighton titles last year (which included four of the "secret files" novels, The IPCRESS File, Horse Under Water, Funeral in Berlin and Billion-Dollar Brain), publisher Sterling has a second wave of Deighton reissues hitting American shelves in August. This wave includes the first trilogy of titles in the author's tour de force Bernard Samson cycle, Berlin Game, Mexico Set and London Match—the "Game, Set, Match" trilogy. Other books getting the trade paperback treatment in August are the prequel to the Samson cycle, Winter: The Tragic Story of a Berlin Family 1899-1945 (written and best read after London Match but before the next novel, Spy Hook), the speculative fiction novel about an alternate reality where Germany won WWII and Britain is occupied by Nazis, SS-GB, and the standalone spy thriller XPD. The publisher is also reissuing Alistair Maclean's catalog, which includes a number of spy titles like The Satan Bug, Ice Station Zebra, When Eight Bells Toll and Where Eagles Dare. 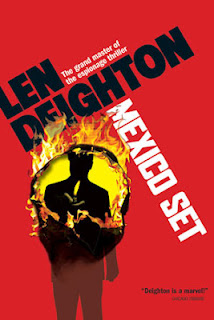 The Bernard Samson novels, for my money, are Deighton's best work, and right up there with Smiley and Bond among the greatest spy novels ever written. If you've never read them, be sure to pick up these new editions as they come out! Like their UK counterparts, each of these Deighton books features an insightful new introduction by the author.

You can read more about Len Deighton and his creations on the excellent Deighton Dossier and Harry Palmer Movie Site. 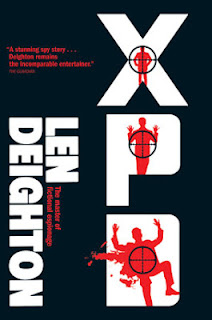