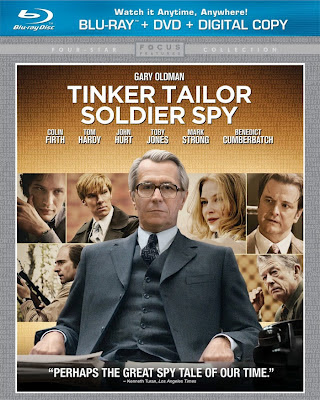 It's a big week for new spy DVDs. A very big week. And that's not even counting the two tangentially spyish titles Tintin and The Girl with the Dragon Tattoo, both of which star Daniel Craig, both of which promise more legitimately spyish sequels, and both of which are worth seeing.

First up, towering above the others is Tomas Alfredson's 2011 film adaptation of the John le Carre classic Tinker Tailor Soldier Spy, starring Gary Oldman as George Smiley, one of my favorite spy movies from last year. (Heck, of the last decade, really.) Tinker Tailor Soldier Spy is available from Universal Studios Home Entertainment on both DVD and Blu-ray/DVD Combo. The DVD release features audio commentary with director Tomas Alfredson and Oscar-nominated lead actor Gary Oldman, along with interviews with Alfredson, Oldman, co-stars Colin Firth and Tom Hardy, and co-writer Peter Straughan. The Blu-ray/DVD Combo release (obviously the one to get) also includes deleted scenes, a making-of featurette called "Tinker Tailor Soldier Spy: First Look," an interview with author John le Carré, and an UltraViolet digital copy of the film. Retail is $29.98 for the DVD and $34.98 for the Combo Pack, though both are currently available from Amazon (via those links) for considerably less. Read my full review of Alfredson's Tinker Tailor Soldier Spy, a truly masterful adaptation of my all-time favorite novel, here. 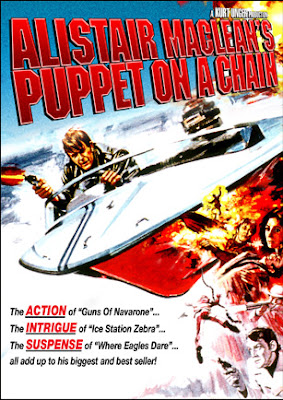 Next, there's a nice surprise courtesy of Scorpion Releasing: the ultra-Bondian 1971 Alistair Maclean thriller Puppet on a Chain. I really didn't expect to see this one turning up in Region 1 except maybe on MOD, but the Scorpion disc is an actual DVD. Maclean's action-packed plot follows American agent Paul Sherman (Sven-Bartil Taube) to Amsterdam on the trail of an international drug cartel. His investigation leads him to the drug syndicate's island castle owned by an offbeat religious group, and into one of the most exciting speedboat chases ever filmed. (Comparable to Live and Let Die!) This release boasts not only a new 16x9 1.78:1 anamorphic widescreen transfer, but also an audio commentary by Cinema Retro's Lee Pfeiffer and Todd Garbarini and film historian Paul Scrabo, an alternate scene, and the theatrical trailer. Retail is $19.95, but it's cheaper on Amazon. 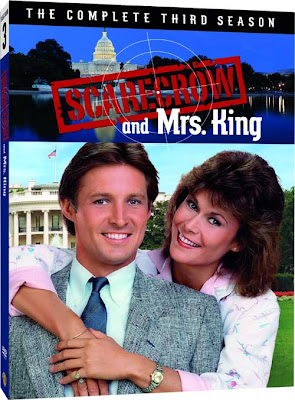 Finally, from Warner Home Video, we've got Scarecrow and Mrs. King: The Complete Third Season. Scarecrow and Mrs. King, which was really the only bona fide hit spy series of the 1980s on American television, pairs professional secret agent Lee Stetson (Bruce Boxleitner), codename "Scarecrow," with perky Washington housewife Amanda King (Kate Jackson). It's light and played for laughs and romance over thrills, but at it's best it sometimes evokes the spirit of The Avengers, were that classic transplanted to Reagan-era American suburbia. (Read my review of Scarecrow and Mrs. King: The Complete First Season here.) The 5-disc penultimate third season set retails for $39.98—though of course it's available for less through the usual online outlets.
Posted by Tanner at 12:43 AM