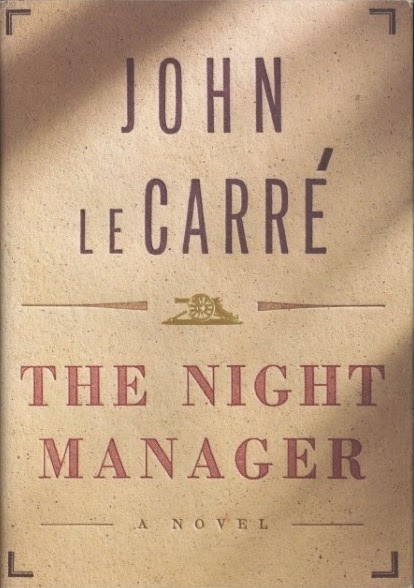 Earlier this month we learned that Hugh Laurie and Tom Hiddleston were circling a BBC miniseries adaptation of John le Carré's 1993 novel The Night Manager, and that the production was seeking a U.S. network partner. A bidding war ensued between multiple interested parties, and, according to Variety, AMC has emerged the winner. The trade reports that the cable network is "close to a deal" to come on board as U.S. distributor and production partner with BBC and Ink Factory, the production company behind recent le Carré film successes like Tinker Tailor Soldier Spy and A Most Wanted Man. Interestingly, Variety says that "the project is eyed as a six-episode mini although AMC’s run could expand to eight episodes with commercial time included." Meaning that The Night Manager could end up six episodes in the UK, and eight in America. Obviously the episodes would be cut completely differently for that to work (though ideally Americans wouldn't miss out on any content this way). This wouldn't be the first time a le  Carré miniseries has had episodes reconfigured for U.S. broadcast. Tinker, Tailor, Soldier, Spy (1979) aired as seven episodes in Britain, but was trimmed down to six in America by re-cutting each episode and excising 25 minutes from the miniseries' overall runtime. As previously reported, David Farr (Hanna, Spooks) will pen the adaptation.

The Night Manager is the story of Jonathan Pine (presumably Hiddleston), a former soldier turned hotelier who ends up volunteering to become an undercover agent for a new branch of British Intelligence in an effort to get revenge for the death of a woman he loved in Cairo. Leonard Burr is the dogged intelligence officer with a background in enforcement who masterminds Pine's mission against Peer of the Realm arms dealer Richard Onslow Roper. Roper is the sort of upper-class Englishman completely devoid of morals for whom le Carré has always reserved a particular vitriol, and Hugh Laurie should have a blast playing him. (I'm assuming he'll be the snobbish Roper as opposed to the working class Burr.) It's a deceptively straightforward undercover story for le Carré, but there is still plenty of material for a miniseries. As Pine risks falling under the spell of his charming adversary (and his beautiful mistress), Burr must contend with overwhelming forces in the British and American Intelligence Community who would rather keep Roper in play, not so much for the chicken feed intelligence he sometimes throws their way, but because they're all becoming very rich off of his nefarious deals.

AMC's past forays into the spy genre have included the promising but cancelled-too-soon le Carré-esque series Rubicon, the ill-advised miniseries remake of The Prisoner, and this year's hit Revolutionary War series Turn (already renewed for a second season). Hugh Laurie has dabbled in the genre both on camera (including a memorable guest appearance on MI-5/Spooks as smarmy MI6 maven Jules Siviter) and in print (he authored the surprisingly terrific espionage novel The Gun Seller, which kind of reads like a parody of The Night Manager). Hiddleston has less spy experience, but as the villainous Loki he has taken on the comic book espionage agency S.H.I.E.L.D. in Marvel's The Avengers.
Posted by Tanner at 2:16 AM