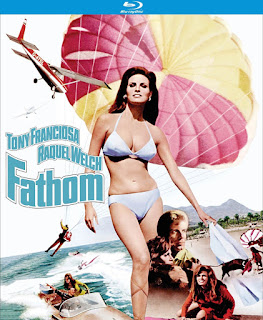 Kino's Fathom Blu-ray hits shelves October 25 with a suggested retail price of $29.95, but you can currently pre-order it on Amazon for just about half of that.
Posted by Tanner at 7:05 AM