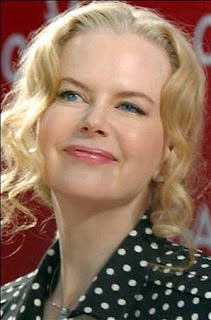 Doug Liman To Direct Valerie Plame Movie?
AICN tips a story on MTV Movies Blog today reporting that Bourne Identity director Doug Liman is prepping a real-life spy movie based on the Valerie Plame affair. I can't really make heads or tails of their actual story (is all that redacting his joke or theirs?), but the gist appears to be that Liman has worked closely with Plame to devise a unique take on her story that won't run afoul of the same CIA censors that chopped up her book. Liman talks a big game: “I have a really, really insane take on how to tell it. It’s so outrageous,” the director gushes. “Ultimately, I’d be doing something no one has ever done before. Therefore it’s automatically appealing to me. I’m just starting to explore whether [what I have in mind] is even possible to do.” Okay... Interesting! I've loved Liman's previous spy movies, and I've always thought that Valerie Plame's story sounded right out of a John Le Carré novel: the agent in the field outed and betrayed because it served the political needs of her masters. It's a story we've heard before, but even more interesting because it really happened... and happened very publicly. Furthermore, Liman's in a good position to tell such a story, having grown up surrounded by the inevitable controversy that occurs whenever espionage and politics mix; his father Arthur Liman served a chief counsel on the Senate's Iran-Contra hearings!
Oh, and he's got Nicole Kidman playing Plame. That's good too. Very good.
Rod Lurie, meanwhile, is developing a rival Plame movie, told not from Plame's point of view like Liman's film, but on that of a Judith Miller-like journalist. Vera Farmiga plays the Plame role in Lurie's Nothing But the Truth.
Jackson Is Still Fury
MTV Movies Blog (why do I keep wanting to type "MTV's Movie Blog?") also has a post today throwing gasoline on the ages-old "Is or isn't Sam Jackson Nick Fury in Iron Man?" fire. At this point, it seems pretty widely assumed that he is (MTV aptly calls the casting "the worst-kept secret in comicdom"), but Jackson himself still won't quite admit it. "I am indeed Nick Fury," he tells MTV, "but I don't know if I'm gonna be in [Iron Man]." Make of that what you will. Possibilities include that he will show up as Fury in this summer's The Incredible Hulk (which has also been rumored, originally to tie the two movies together), that he will play Nick Fury in the long-in-the-works Nick Fury film, or that he will indeed be in Iron Man (and possibly any combination of those other possibilities as well) and is just playing coy. I lean toward the latter...
Tradecraft: Show Runner Joel Surnow Leaves 24
Variety reports that 24's co-creator (with Bob Cochran) and showrunner Joel Surnow is leaving the series when his contract with Fox expires in April. Howard Gordan, who's already been overseeing day-to-day operations for some time, will take over showrunning duties. Surnow was widely considered the mastermind behind the series (although it's clear from the behind-the-scenes features on the DVD sets that it's a collaborative effort) and attracted a lot of attention for his political views, once describing himself as a "right wing nutjob." He also came under fire recently in the media for Jack Bauer's frequent reliance on torture at a time when the issue has been in the spotlight so much in real life. One of Surnow's earlier series (as writer and supervising producer), The Equalizer, was just released on DVD this week. 24 won't return for Season Seven (which has been troubled from the get-go) until January of 2009.
Weird James Bond Casting Rumor
Aintitcool is running a very bizarre rumor today about possible villain casting in Quantum of Solace. If true, then it's potentially a huge spoiler, so proceed with caution. I highly doubt it's true, but stranger things have happened. The rumor pertains to who might be playing the mysterious Blofeld-like mastermind of the villainous organization behind Le Chiffre and the events in Quantum of Solace. We don't even know for sure that we'll meet such a character in this movie, or that it isn't Mathieu Amalric's character, Dominic Green. All we know about the organization is that based on Casino Royale's Mr. White and some of the new villains' names revealed for QoS, its members appear to take codenames based on colors, ala Reservoir Dogs. (Hey, Mr. Blond was in Die Another Day, wasn't he? That was almost as weird as today's casting rumor!) It's a kind of cheesy tactic, but at least different from SPECTRE's numbering system which has been so parodied by Austin Powers and others. My secret hope is that the new organization actually turns out to be SPECTRE, as Daniel Craig hinted at last year. I think EON has sewn up the rights at this point, and they could even use Blofeld again if they wanted to (though that might open the door for more unwelcome lawsuits). I, for one, would love to see a new incarnation of Bond's oldest cinematic enemy!
Posted by Tanner at 4:41 PM

I would love to see the return of Blofeld. I would be interested to see who they casted as him if he did come back. Also how they handled the whole Spectre idea.

There is also the rumour that Mathieu Amalric's character is Blofeld. I think that this started because Max Von Sydow was interviewed about the movie that they appear in together (can't remember it's name), and Max said that Amalric had just been offerd the Blofeld role in the new Bond film.

My take is that Max was just meaning, that Amalric was the head villain, but hey, who knows?

David that would be The Diving Bel and THe butterfly a terrific film by the way.

While you seem to be more of a fan of the premise of the Liman version, I have to throw out there that Vera Farmiga is one of my favorite actresses, and as much as I used to love Nicole, I've been ambivalent to almost everything post-Oscar.