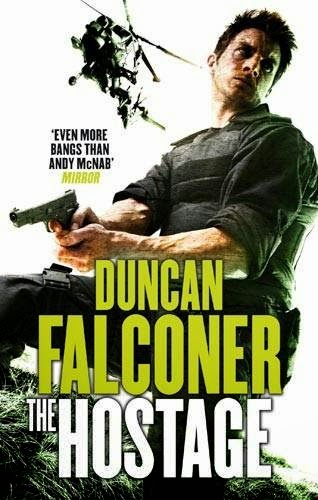 When he's not Superman, he's a spy. It looks like Henry Cavill plans to keep right on spying after playing Napoleon Solo in the upcoming Man From U.N.C.L.E. feature. Through his production shingle, Promethean, the actor has optioned a series of action-oriented espionage novels by Duncan Falconer. According to Deadline, "John Stratton is an operative of the SBS [Special Boat Service, the Naval equivalent of the more famous SAS] who works with the Intelligence Detachment in Northern Ireland." The movie, envisioned as the first in a franchise, is simply titled Stratton, but according to Falconer (via HenryCavill.org) is based on his novel The Hostage. The plot of the novel involves the IRA, a mole in MI5, a captured U.S. Navy SEAL and a deadly terror plot against London. For the movie version, according to the author, the antagonists have been changed to Islamic fundamentalists and Paris to Rome. Surprisingly, that means Cavill will limit his spying to the same locations he covered as Napoleon Solo. According to the trade, Stratton will shoot in Southern Italy, Rome and London, all locales seen in Warner's The Man From U.N.C.L.E. Shooting is scheduled to begin in the spring.
Posted by Tanner at 7:55 AM

It would be nice if Hollywood remembered that not all terrorists are Islamic fundamentalists. The original plot of the book sounds way more interesting than what the movie's.