Two Trailers For SPY With Melissa McCarthy and Jason Statham 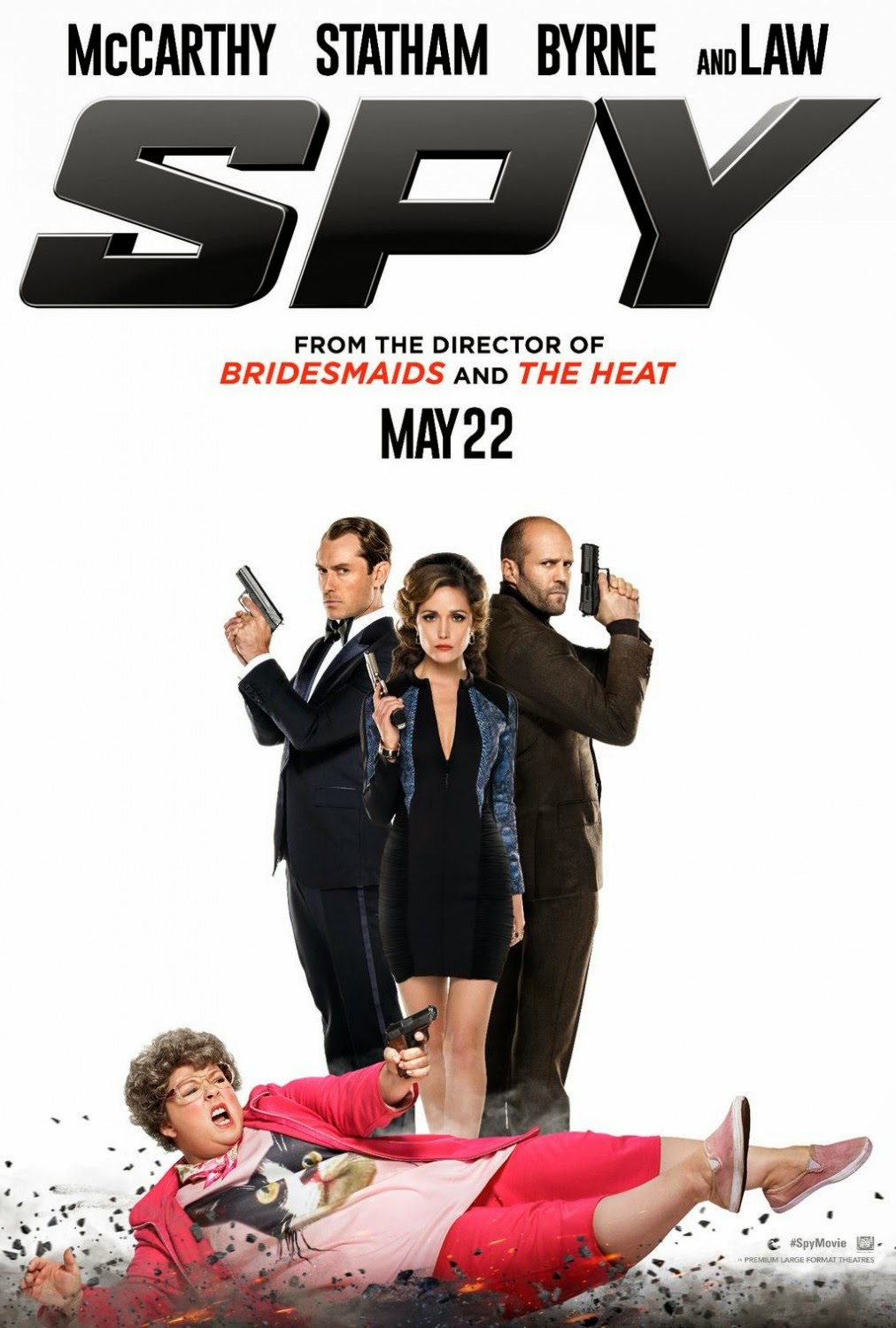 Fox has released two versions of the first trailer for Paul Feig's Spy, the Melissa McCarthy/Jason Statham spy comedy we've been following since mid-2013. Jude Law (Sherlock Holmes), Rose Byrne (X-Men: First Class), Bobby Cannavale (Ant-Man), Peter Serafinowicz (Guardians of the Galaxy), Allison Janney (The West Wing), Morena Baccarin (Homeland), Miranda Hart (Call the Midwife), Will Yun Lee (Die Another Day) and 50 Cent (13) round out the impressive cast. The somewhat unimaginatively titled Spy has nothing to do with the UK sitcom of the same name, but it does seem to follow a very similar plot trajectory (analyst thrust into the field as spy) to the movie version of Get Smart... which itself was virtually a beat for beat remake of the movie version of I Spy. It also looks like it has the potential to be better than either of those! The green band (all audiences) trailer feels like the more promising of the two to me, because the red band seems to add a lot of swearing for swearing's sake, which doesn't automatically equal funny. But I'll reserve judgment, because I imagine Jason Statham can probably make a stream of foul language very funny indeed. Spy opens May 22. Check out both versions below: