Paramount has released a series of what The Imp Awards describes as "minimalist posters highlighting cliffhangers from each of the films in the series." But with the exception of the image for J.J. Abrams' M:I:iii, they might as well be called "dangling posters!" Because these retro-style images (in the tradition of the Sixties-inspired title sequences for Casino Royale, Mad Men or the new Man From U.N.C.L.E.) showcase the best moments of Tom Cruise's character Ethan Hunt dangling from a succession of things ever higher off the ground, culminating in the breathtaking airplane stunt seen in the trailers for Mission: Impossible - Rogue Nation, for which the actor actually strapped himself to the exterior of a flying plane. They're pretty cool! I wonder if there are paper versions of these? 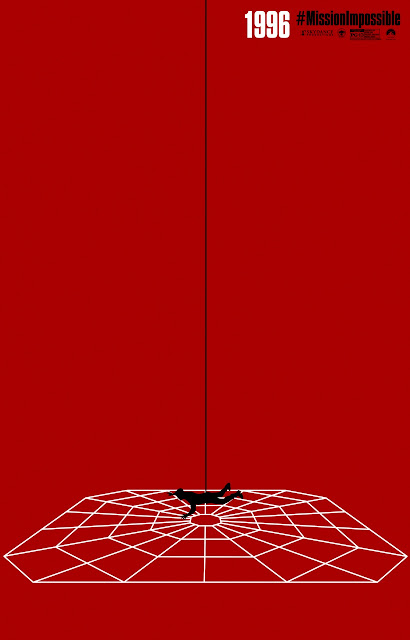 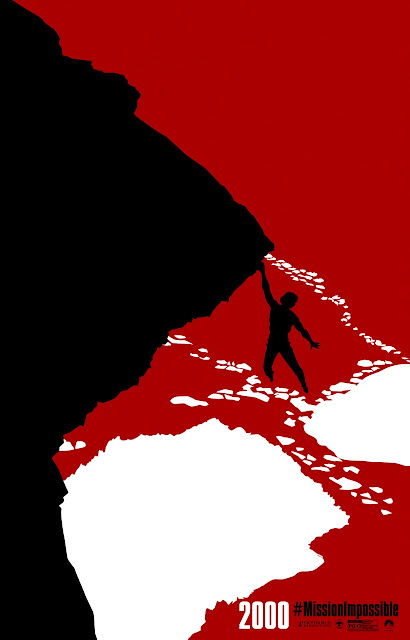 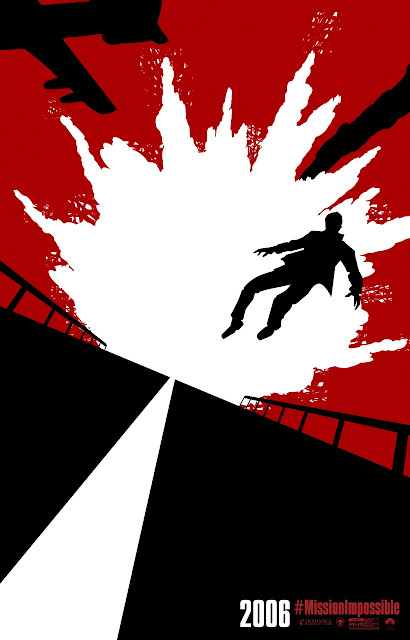 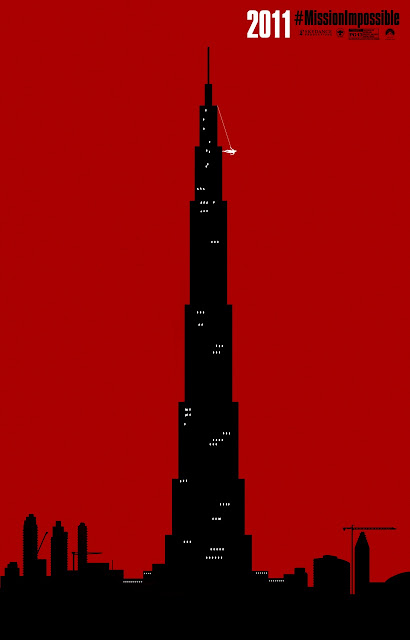 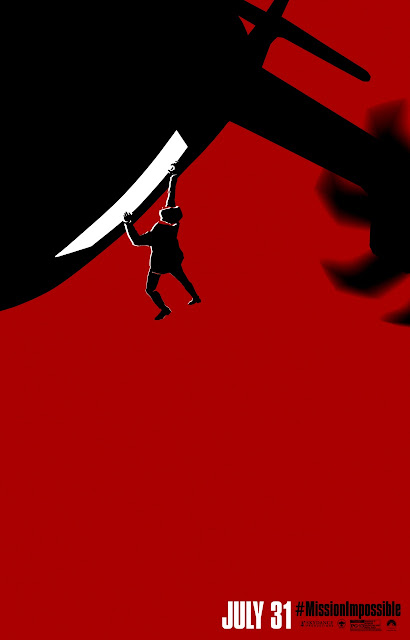