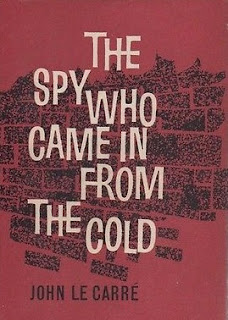 Read my book review of The Spy Who Came in from the Cold here.
Posted by Tanner at 1:04 AM

One of my all-time favorites of the real spy film genre (The Spy Who Came In From the Cold), meets the best mini-series since the BBC glory days of Tinker Tailor and Smiley (The Night Manager). Wow! This gives me a whole new reason to live.