The Adventures Of James Bond's Daughter

Most Bond fans are aware of James Bond Jr., 007’s kid-friendly nephew who featured in a 1960s children’s book and an unrelated ‘90s cartoon TV series. And lots are probably aware of the son author Raymond Benson gave Bond in the short story "Blast From the Past." (Sadly, James Suzuki—son of You Only Live Twice's Kissy—didn’t survive the story, thanks to EON Productions owning the rights to any offspring of 007.) But how many know about an obscure 1968 movie that features 007’s daughter, Jill, as its plucky protagonist? 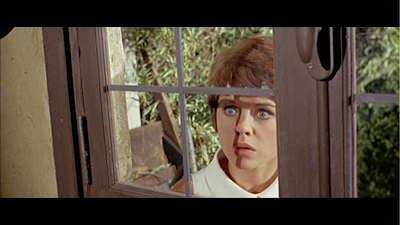 Surprisingly, the film in question, Naked You Die (which sounds like a rejected Fleming title), isn’t a spy movie at all. It’s a giallo, a particular brand of Italian thriller popular in the late Sixties and Seventies. While the term (Italian for “yellow”) refers broadly to pulpy mystery novels, when applied to film it generally refers to a specific horror subgenre in which a killer (often wearing black gloves) methodically eliminates a series of victims as an amateur hero or heroine tries to stay alive and uncover the villain’s identity while the incompetent police bumble their way through an investigation. The genre was effectively invented by director Mario Bava with his wildly entertaining 1963 Hitchcockian thriller The Girl Who Knew Too Much, but in 1970 Dario Argento solidified it with his seminal The Bird With the Crystal Plumage. In the Seventies, the genre became as much associated with gore and sleaze as with auteur style and dazzling camera work. But Naked You Die is a typically glamorous Sixties giallo, full of groovy music, pretty colors, high fashion and lush scenery. 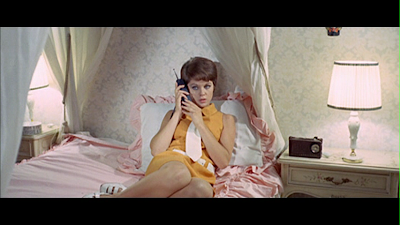 Naked You Die began its life as a Bava project, and the director worked closely with his later Diabolik scribes Tudor Gates and Brian Degas to develop the script, in which a killer prowls a girls’ boarding school on the French Riviera. As the girls become knocked off, one by one, the plucky Jill emerges as the film’s heroine, or, to use Quentin Tarantino’s slasher vernacular, “the final girl.” Her father is described as a businessman who’s always traveling, but he sends her gadgets like walkie-talkies that encourage her natural curiosity and instincts for snooping. British actress Sally Smith (who also appeared in the lost first season Avengers episode "Toy Trap") makes Jill a likable protagonist, in the same vein as Nora, the titular heroine of The Girl Who Knew Too Much. Not until the film’s conclusion do we learn of her illustrious parentage. According to Bava expert Tim Lucas’ synopsis of the Bava/Gates/Degas script in his book, Mario Bava: All the Colors of the Dark, “In a humorous coda scene, [Inspector] Durand stops by Jill’s room to thank her, just as her father arrives at the school to collect her. He drives a distinctive Aston Martin that identifies him as... James Bond!” 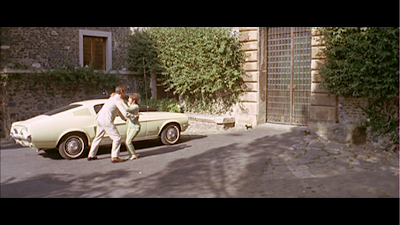 Regrettably, Bava had a falling out with the film’s producers and dropped out prior to its production. He was replaced as director by Antonio Margheriti, a prolific horror director who had also had some success in the Eurospy genre, particularly with the fun Bond knock-off Lightning Bolt (1966). The final screenplay was credited to Margheriti (under his pseudonym of Anthony Dawson—no relation to the Dr. No actor!) and Frank Bottar, but as Lucas says in his book, “As the movie unfolds, it becomes obvious that the original Bava/Gages/Degas script was filmed almost 100% faithfully, with only minor adjustments made.” 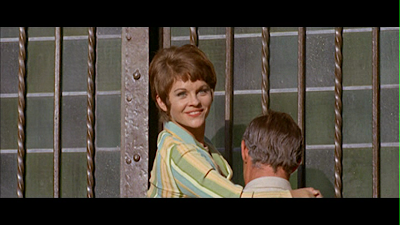 Lucas reveals, “While the full-length Italian version retained the last-minute cameo by 007, it was not included in English-language export versions–which were trimmed in some territories by as much as 20 minutes.” Fortunately, Dark Sky Films put out a superb, uncut DVD of the long-lost film last year, restored to its full running time (in a stunning widescreen transfer, no less), but in Italian only with English subtitles. However, despite Lucas’ claims, this version changes “007” to “009.” Jill’s father arrives at the film's finale (in a nice car, but sadly not an Aston Martin), scoops up his adoring daughter, and heads inside. We never see his face. Inspector Durand (Michael Rennie) then hears a telephone ringing inside the car, and answers it. A voice asks for 009, and he informs the bemused caller that he’s unavailable, currently on “Mission Jill.” Of course, not speaking Italian, all I have to go by is the disc’s English subtitles. It’s possible that Dark Sky changed the call number, eager not to offend EON’s notoriously excitable army of lawyers. However, even in the spoken dialogue, it sounds more like a nine than a seven. 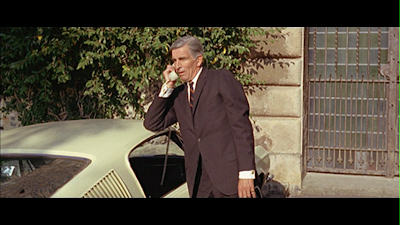 Like many Italian genre films of that period, the film has gone under many different names in many different versions over the years. It’s possible that there is a version out there (presumably the Italian cut Lucas watched) that retains the “007,” and others that alter it so as to avoid copyright infringement in various territories. [UPDATE: Tim Lucas clarifies in a comment below that the actual "seven" may not have made it beyond the script stage; he was referring to the overall concept being intact. Indeed, the intent remains clear, whether it's a seven or a nine.] After all, it’s not so much of a stretch to believe that Bond fathered a number of illegitimate children over the years! (He’d probably give Mick Jagger a run for his money in that department.) While the film—a very entertaining giallo—may not be as good as it would have been had Bava stayed on board, I’m happy to report that Smith does her father proud, and makes a perfectly believable daughter to James Bond. (She even shares his interest in gadgetry, creating a remarkable device for reading her beloved mystery novels under cover after "lights out" at the school.) There’s not enough spy content to merit a full review here, but I recommend Cinebeats’ Kimberly Lindbergs' write-up at Cinedelica for those interested in learning more about Naked You Die.
Posted by Tanner at 5:57 PM

My point was that it was 007 in the coda of the shooting script. The US release version called THE YOUNG, THE EVIL AND THE SAVAGE omitted this coda, so I assumed for years that it was never filmed; it came as a great surprise to me when I tracked down an Italian tape with the coda included -- this was while I was still writing the book, of course, and long before Dark Sky Films issued their DVD. I can understand why it might have been changed to 009, but I took no note of this actually, only that the "007" coda had been filmed.

Thanks for the clarification, Tim! I've added an update above reflecting that. I'm certainly glad that the coda was discovered and included in Dark Sky's DVD. I think the "007" intent still comes through, whether it's a seven or a nine onscreen. And while I realize that the whole thing is meant as a joke, I do think it actually makes the story more interesting too if you think of her as "Jill Bond" while watching it!