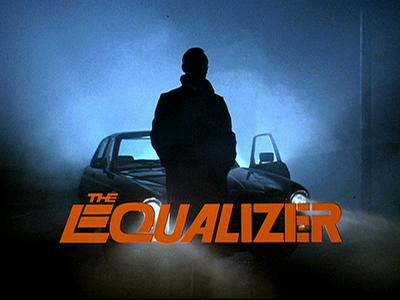 Huh. I didn't really think this would actually happen. But Deadline reports that the long, long-in-the-works feature adaptation of the classic 1980s TV show The Equalizer is moving forward, with Denzel Washington in the Edward Woodward role. (Washington's attachment was first reported in December.) In fact, it's not only happening, but it's fast-tracked! The trade blog reports that Sony has set an April 8 start date in order to lock down Washington. The studio's shortlist of director candidates for the tightly budgeted thriller reportedly includes Pierre Morel, Nicolas Winding Refn, Gavin O’Connor and Gareth Evans. Like Woodward, Washington will play a former secret agent atoning for past sins by helping those with the odds against them. However, Deadline cautions that this "loose adaptation" has "that basic premise but takes off in its own way, tailored to Washington’s skills." Therefore, I'm hesitant to even suggest that Washington will play McCall. He may portray a new character altogether. The original Equalizer was to some extent inspired by Woodward's must-see 1960s spy series Callan.
Posted by Tanner at 2:13 AM

I can't say I'm particularly excited by this news, but if it helps get the remaining TV seasons out on DVD, I'm all for it!

Hmm, bit disappointing. I mean, I like Washington, but he's not McCall. In fact I remember, many moons ago now when the rumours first started, my wish for the role was Ciaran Hinds and I mentioned it on IMDB...within days everyone was clamouring for Hinds to take the role!

Is Hollywood REALLY so bereft of original ideas now that they keep dredging up these plans for 'remakes' of classic tv series?

Well, I do like the idea of Denzel Washington in the role as opposed to Russell Crowe. Washington at least can be classy, not something I find true of Crowe.

Like I said, I'm not totally convinced from that blurb that Washington WILL be playing McCall at all... but, yeah, if he is, he wouldn't be my top choice, either (though he's not a BAD choice). I'd prefer a British McCall, of course, but more importantly I'd prefer a more unexpected badass. That's part of why Woodward was so cool in the role: he didn't immediately LOOK like someone who could kick your ass. He was not just old; he LOOKED his years. He had silver hair and a bit of a paunch. Yet Woodward excellently conveyed a man who could kill in an instant when called upon to do so beneath that unassuming veneer. That's also part of what was cool about Taken. While he's certainly more physically imposing than Edward Woodward looked (on first glance) in The Equalizer, we didn't really expect the kind of badassery Bryan Mills unleashed from Liam Neeson at that point. Sure, he'd been Darkman and Qui Gon Jinn, but he wasn't a readily identifiable ACTION STAR... then. (Now he is, thank to that part.) Washington already is. I'm not really sure who would fit the bill perfectly, but I saw someone in the AICN Talkbacks suggest Hugh Laurie, and that seemed like a good choice to me. It would have been MORE surprising if the guy from Jeeves and Wooster and Blackadder turned badass action hero had he not done seven years on House, but even if he wasn't a fop on House, he wasn't an action hero either!

But all that speculation is moot, as it looks to be actually happening now with Washington. And I do think he'll do a good job. He's a great actor, and good at action. But I'd like to see him deliver the kind of low-fi action thrills typified by Taken, as opposed to the under- or over-cranked (and, to me, boring) cinematic fireworks of Tony Scott. This seems like a good chance. I'm glad the budget's low; that seems appropriate.

Mainly, though, I'm in agreement with Christopher. I hope the movie speeds up the Region 1 release of further DVD seasons of the original series!

Dalton would've been a better choice.

Good to hear from you Delmo! I was wondering if you'd chime in on this thread. I agree 100%. In a perfect world (not this one, unfortunately), Dalton would be the absolute perfect latterday Equalizer. He's got what it takes in spades. AND, of course, he's got that extratextual spy history, like Woodward had with Callan, which I think of as being as important to the Equalizer as it was to the Prisoner with McGoohan. (Not saying they're necessarily supposed to be the same characters, just that the actor bringing that previous audience association with him really enhances each part.)