Tradecraft: Pierce Brosnan's November Man Due in Theaters This August! 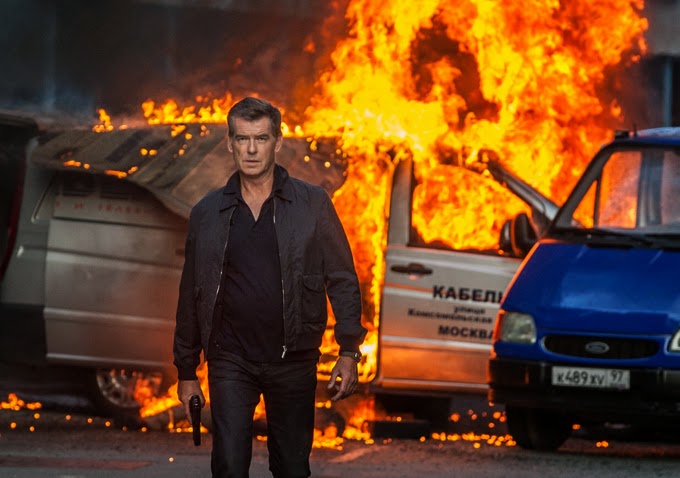 Here's some very exciting news! The Pierce Brosnan spy thriller November Man, recently acquired for U.S. distribution by Relativity Media, at long last has a release date. According to Variety, it will hit American theaters on August 27. With U.S./Russian tensions ratcheting up lately, it's a timely release for an espionage story involving Russian politics. Brosnan plays Bill Granger's ex-CIA operative Devereaux in an adaptation of Granger's novel There Are No Spies. In the movie, the trade reports, Devereaux is brought out of retirement to track down his former pupil (Luke Bracey) in a complex spy plot involving the Russian president-elect and high-level CIA officers. Former Bond Girl Olga Kurylenko co-stars, and Roger Donaldson (No Way Out, The Bank Job) directs. November Man has taken a very long road to the screen. Brosnan spent years trying to get it off the ground, and it looked finally set to start shooting back in 2012, but didn't end up going before cameras until 2013. Even then fans still wondered when they'd get to see it, since it was produced independently and didn't have a distributor lined up. But last month it got that distributor, and now it has a release date! And come August, we'll be seeing a film with the potential to launch a second Brosnan spy franchise.
Posted by Tanner at 4:23 AM

I really hope this happens, I loved those books! I'm delighted with your site as well, keep up the good work!

Thanks! I'm happy to hear you enjoy the site.

I have to admit, for a long time I didn't believe Brosnan's November Man would ever happen. Which is why it's so great that it's finally got an actual release date! Now we just have to hope that 1) it's good, and 2) it does well enough to warrant a sequel and start a franchise based on Granger's books!