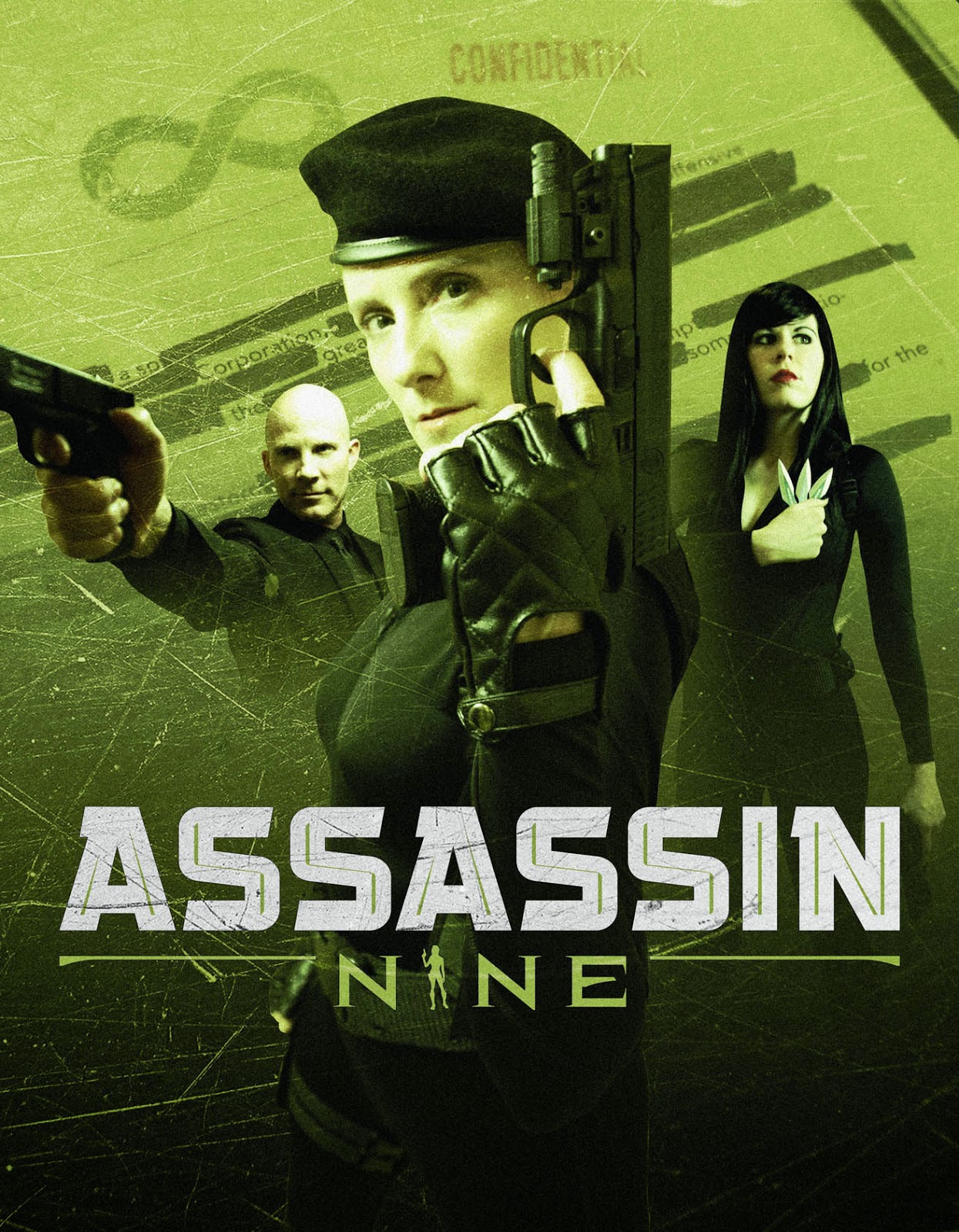 My friend Chad Jones has created what promises to be a really cool spy comedy web series, Assassin 9, and he and his partners have turned to Indiegogo to raise finishing funds. I've read the script, and personally I can't wait to see Chad's somewhat warped vision realized. The five-part series follows Agent J9, Janine, an "offensive security specialist" in the SPECTRE-like S.E.R.P.E.N.T. Corporation, a multinational conglomerate whose business model happens to include world domination. Janine is an expert when it comes to killing, but never lands the big assignments because she doesn't have the seduction skills necessary for more delicate missions. She's got to get her act together or face termination—literally. To overcome her shaky relationships with HR director Gladys and sociopathic CEO the Komodo, Janine will have to seek help from her chief rival, Bogdana, an Eastern-European vixen with nothing but contempt for J9. Assassin 9 has something for just about everyone who's ever toiled as a corporate drone to relate to: disagreeable coworkers, nondisclosure agreements, insurmountable corporate bureaucracy, lasers, ninjas, sexy spy babes, evil acronyms... you know, the daily grind. Think of it as The Office set inside Hydra. Go poke around the project site, check out the videos, read the pitch, peruse the premiums, take seduction tips from Bogdana, and if you like what you see, please support Assassin 9 on Indiegogo! After all, global domination is always a good cause, right?