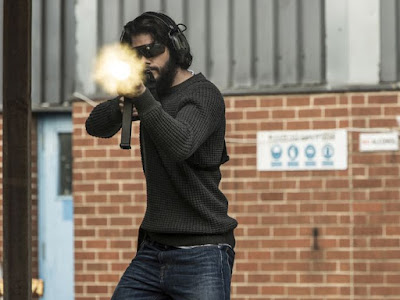 We got our first look at Dylan O'Brien (The Maze Runner) as Mitch Rapp last month; now CBS Films and Lionsgate have released a bunch of new photos through USA Today (via Dark Horizons) of O'Brian and Michael Keaton in American Assassin. The studio hopes the film will kick off a new spy franchise based on Vince Flynn's Rapp novels. (The series has continued in the hands of other authors since Flynn's death.) Head over to USA Today to see more pictures. 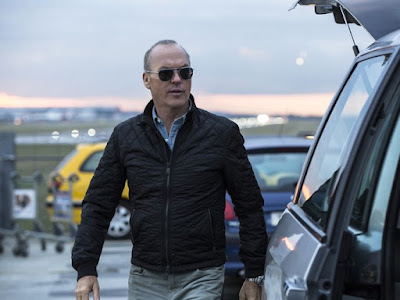 Mitch Rapp has taken a long, winding road to get to the screen, and it's unfortunate that his creator didn't live to see the results. First set up at CBS Films for producer Lorenzo Di Bonaventura way back in early 2008, actors like Gerrard Butler, Matthew Fox and Chris Hemsworth all at one time or another flirted with playing Vince Flynn's counterterror hero. Legends' Jeffrey Nachmanoff and Legends of the Fall's Ed Zwick were both linked to direct at one time or another, before the job eventually went to Homeland veteran Michael Cuesta (Kill the Messenger), working from a script by The Americans' Stephen Schiff. Originally it was CBS Films' plan to adapt Flynn's 2005 novel Consent to Kill first, and at one point Bruce Willis was attached to the Hurly role Keaton eventually filled. Whew!
Posted by Tanner at 9:21 PM