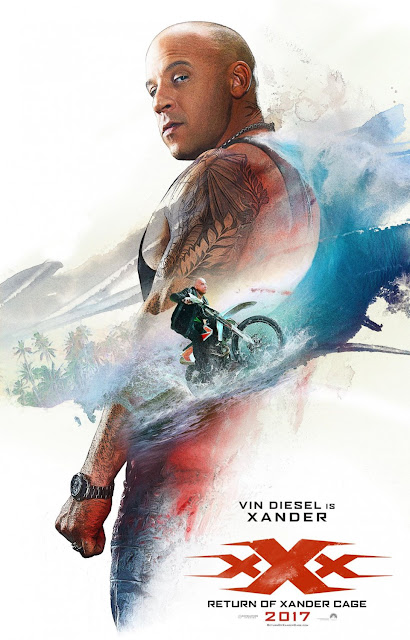 Back in 2002, the ridiculousness of the premise annoyed me. Today, I have to admit, I can't help smiling ear to ear at that very ridiculousness, and especially at the sheer earnestness of said ridiculousness! Also at the fact that there is now a movie poster in the world depicting Toni Collette (Muriel's Wedding, Unlocked) as a badass superspy. There are twelve of these character posters in total, most featuring various muscly bearded men in fedoras with names that probably mean something to a generation much cooler (and presumably more extreme) than my own. You can see them all at Imp Awards. Surprisingly there isn't one for Samuel L. Jackson, who played a key role in both of the original xXx movies. It does look from the trailer like he might be moving on to an emeritus role and passing the torch to Collette as the extreme agent's primary handler. Perhaps now that Jackson is the real Nick Fury, he no longer feels compelled to play Fake Nick Furies? Sigh. I miss the days of Fake Nick Furies. Charlton Heston was the best one, of course, but Angelina Jolie actually made a pretty good one in Sky Captain.... Forgive me; I've gotten extremely off topic. Get it?! 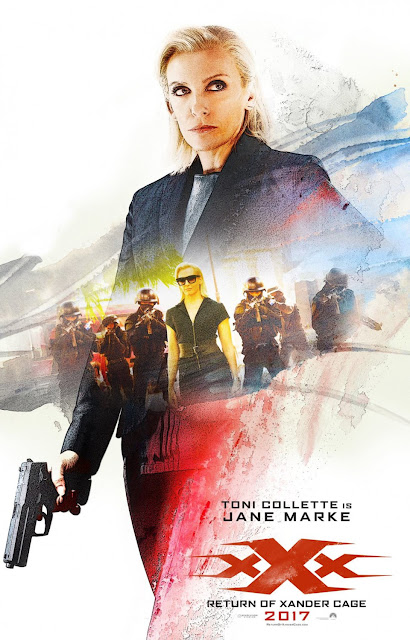