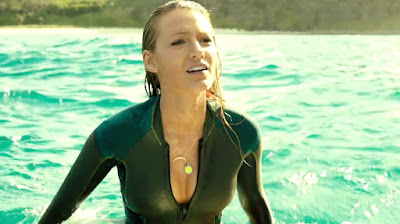 EON Productions, producers of the James Bond movies, are going from the Double O Section to The Rhythm Section. The Hollywood Reporter reports that 007 producers Barbara Broccoli and Michael G. Wilson, along with IM Global, will produce a film adaptation of Mark Burnell's 1999 novel The Rhythm Section starring Blake Lively (Age of Adeline). The Rhythm Section is the first in a four novel series about a woman named Stephanie who, through both self-preservation and the training of the intelligence agency that recruits her, lives many lives in many identities. (In this respect, it sounds somewhat similar to J.J. Abrams' Alias, or the Robert Littell novel Legends, and should afford Lively a good opportunity to play many different roles in one.) The publisher's blurb describes it as a tale of a massive identity crisis. Stephanie embarks on her journey of multiple identities and revenge after her family is killed in a terrorist bombing. It would certainly be interesting if EON manages to launch a successful series about a female agent alongside their Bond films!
Posted by Tanner at 11:36 PM

It has been years since I read the first two books (liked the first one, but was not at a fan of "Chameleon", the second in the series) but one of the things I remember thinking at the time was that the character and many other bits really came off as being a little too close to the original "Nikita", or "La Femme Nikita" with the spyfi elements removed, close enough to almost be a copy. Not that that stopped me from enjoying the first book. Leslie.