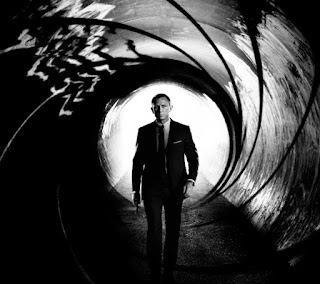 Deadline reports that EON Productions and MGM have made a deal with Universal to distribute the 25th James Bond movie internationally and on home video. The news is something of a surprise, as Warner Bros. had widely been considered the frontrunners. Sony has distributed all four Daniel Craig Bond pictures to date. This deal adds another superspy to Universal's franchise roster. The studio also distributes the Jason Bourne movies. Outside of the spy department, the studio is home to mega-franchises The Fast and the Furious and Jurassic World, and they certainly know how to market and distribute huge blockbusters worldwide. According to the trade, "domestic distribution will be handled by MGM and Annapurna through the joint venture they signed last year," as had been expected by many in the industry. While this will be a far bigger release than Annapurna has handled to date as a distributor, this strategy makes sense from MGM's point of view, as they've been eager to return to the distribution business for a while. MGM will also retain digital and worldwide television distribution rights. Digital may soon be a bigger earner than home video, if it isn't already. And retaining television rights is key for MGM's premium cable channel, EPIX.

The studio confirmed Deadline's scoop to the trade, and EON principals Barbara Broccoli and Michael G. Wilson issued a statement expressing their excitement at partnering with Universal and confirming that Danny Boyle will, indeed, direct the next Daniel Craig-starring installment. "We are delighted to announce that the exceptionally talented Danny Boyle will be directing Daniel Craig in his fifth outing as James Bond in the 25th installment of the franchise. We will begin shooting Bond 25 at Pinewood Studios in December with our partners at MGM and thrilled that Universal will be our international distributor.” While Boyle was first reported to be the frontrunner to helm the forthcoming Bond adventure in February, his involvement was said to be contingent on Broccoli and Wilson approving of a script being written by Boyle's frequent collaborator, John Hodge (Trainspotting), from a story concoted by Boyle. Apparently, that approval has now come.