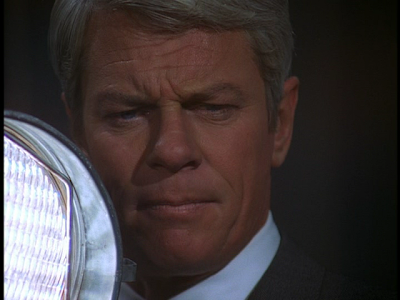 This would be utterly, utterly awesome. Hercules at Aintitcool attended a press conference with J.J. Abrams for the DVD release of Abrams' incredible Star Trek movie and asked him if after having Leonard Nimoy appear in that as Old Spock, he'd consider approaching the actor to reprise his Mission: Impossible TV role as Paris in the fourth Tom Cruise Mission, which Abrams is producing and possibly directing. (He directed the third.) Abrams not only acknowledged that possibility, but also brought up the prospect of Mission roles for Peter Graves and Martin Landau (who apparently turned down a cameo in the third film, no doubt upset over how badly the first one treated his series)! Abrams said, "I got a call that Peter Graves is in great shape! I’m not kidding. And I think there was a period of time when he did Airplane and you’d think, 'Oh my God!' But I almost feel like you could sort of serious-ize him again! So whether it’s Nimoy, who of course I have an incredible affinity for, or Graves, or anyone..." How cool would that be? Abrams has it in his power to undo all of my misgivings about the film series with a couple of cameos and a single line of exposition. (Phelps: So my successor who used my name turned out to be evil? Bummer. Well, I'm back now, so no worries!) Abrams acknowledges that having the original TV actors reprise their roles "would be a very bizarre, for obvious reasons, [a] bend in the sort of time-space continuum." But he masterfully handled bigger bends than that in Star Trek. And J.J.? If you're really that hard-pressed to explain the existence of two Phelpses in the M:I universe, then you're use my "bummer" line for free. Really! Just do it! I would love to see Phelps' dignity reinstated in the films. I would suddenly embrace them, be 100% on board. The third one was a pretty great spy movie. And the first one would be if it weren't for the whole Phelps thing. Be sure to read the whole article at Aintitcool for more details and a really awesome Martin Landau story. I am really excited by this prospect! I hope I hope I hope it happens! 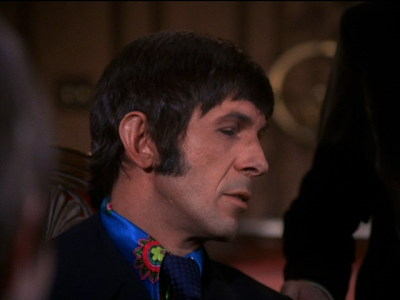