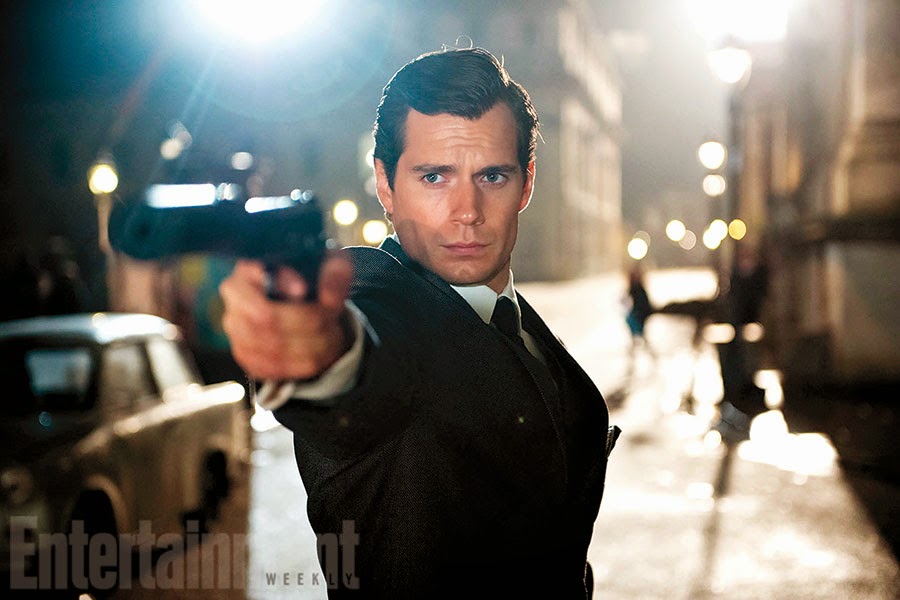 It's taken decades of development, years of false starts, and months of release date delays, but now we finally have video evidence that the feature film version of the classic Sixties spy TV show The Man From U.N.C.L.E. is a reality! Here's the first trailer (along with some photos courtesy of EW) for the Warner Bros. franchise bid, opening in August:


Personally, I could not be happier. This trailer exceeds my wildest dreams for an U.N.C.L.E. feature. As great a job as the French OSS 117 parodies did at recreating the era, I've long wanted to see a straight action/spy movie made with today's technology but set in the Sixties, and this trailer delivers on that front. I love the 1963 setting and the very From Russia With Love feel. I love the little spy Easter eggs like the blue Aston Martin DB5 in the background of one shot, or Pussy Galore's helicopter from Goldfinger. I love the glimpse of Cold War Berlin. (Or some other border crossing?) I love what appears to be a villain's island headquarters. But I also love the nods to the original series. Sure, Armie Hammer seems to be playing a very different variation on Illya Kuryakin than we're used to from David McCallum, but is that an updated version of the (fully assembled) U.N.C.L.E. Special he's wielding in one shot? Sure looks like it! And Henry Cavill, who I confess I had misgivings about in the role of Napoleon Solo, completely wins me over in this trailer! I love his delivery. It feels like just the right tone. And despite his claims that he wasn't watching the original series in preparation for the role, I seem to detect a certain tribute to Robert Vaughn in his delivery. This looks truly fantastic. The only thing I'm not crazy about is the music. (A Temptations funk song from the early Seventies doesn't seem to convey that early Sixties spy feel to me.) I'd certainly prefer Jerry Goldsmith's classic TV theme. But that's a minor gripe. I can't wait for August, when we'll get Mission: Impossible 5 and The Man From U.N.C.L.E. within mere weeks of each other!
Posted by Tanner at 5:15 PM

Looks good! I saw "Kingsman- The Secret Service" on the weekend and liked it, despite the line uttered by the Swedish Princess in the final act, so I'm hoping that "Uncle" is a winner. Guy Ritchie has a deft touch with this type of film, based on his "Sherlock Holmes" entries, so this might just be a very good film. Thanks for the heads-up.

No problem! This definitely looks pretty great! And Ritchie has shown a knack with fun period buddy action movies. That line you mention sure isn't very Bondian, is it? I'll have my full review of KINGSMAN up on Friday.

Damn, I've just finished a short review of "Kingsman". I was going to post it up, but I'll wait a week. And yes, that line seemed to tear down everything that the film said about being a gentleman. Look forward to your review.