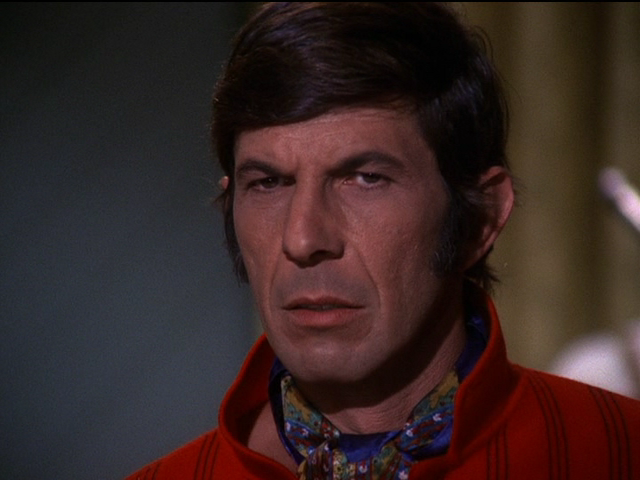 Another IMF team member has completed his mission. The great Leonard Nimoy, who joined the cast of Mission: Impossible in Season 4 and stayed through Season 5, passed away yesterday at the age of 83. I have such a deep emotional connection to this series that I'm always profoundly saddened to lose one of its stars. As with Peter Graves before him, Nimoy's passing dashes the hopes I held that he might pop up in one of the Tom Cruise Mission: Impossible movies reprising his TV role as Paris. (Unless he filmed a cameo in secret for this summer's Mission: Impossible 5...? We can only hope.)

A replacement for the departed Martin Landau, Nimoy's Paris was a former stage magician (he performed as "The Great Paris," but rarely utilized his magic skills as part of his missions) and master of disguise. Despite being well into his thirties, Nimoy brought a youthful flair to the series (though not quite youthful enough to successfully pull off masquerading as a student protester in "The Martyr..."), wrapped up in natty mod fashions. His clothes, often including cravats and bright, colorful, patterned shirts, stood in stark contrast to the government-issue suits favored at the time by his teammates and predecessors. I've said before that Seventies fashions snuck into the series on Nimoy's back (even though he joined the team in the late Sixties) and slowly spread to the other agents until Jim (Graves) sported orange turtlenecks and Barney dressed like Shaft. But they weren't the only thing he brought to the show. Nimoy also introduced a twinge of humor to what had always been a very serious spy show. Paris was quick with a quip, and Nimoy always had a twinkle in his eye. He clearly relished the opportunity to play so many different types of roles (old and young, mustachioed, bearded and clean-shaven, even Latino and Japanese) in Paris's many disguises, which he leaped into with all the gusto of Landau before him. All of this added to the show. It's a common fallacy that the early years were its best, but personally I enjoyed Mission: Impossible more and more thanks to the subtle changes brought on via Paris. 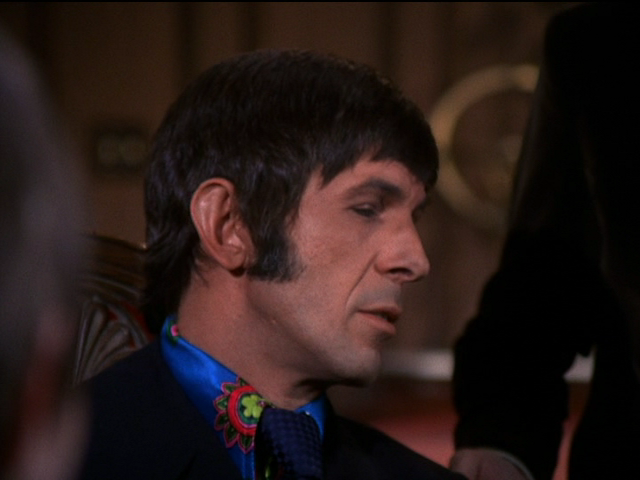 Some of Nimoy's best episodes include Season 5's "My Enemy, My Friend," in which Paris is brainwashed to kill Jim Phelps and the character's past is delved into, and "The Merchant," in which Paris gambles life or death poker stakes against George Sanders' evil arms dealer, and Season 4's "Lovers' Knot" (which I selected to watch last night in honor of the late star), in which Paris displays very un-Spock-like emotions and allows himself to fall in love with a beautiful enemy agent, and "The Falcon," a 3-parter that allows Paris (and Nimoy) to show off his magician's talent. Besides Mission: Impossible, Nimoy's other spy roles included a pre-Star Trek pairing with William Shatner on one of the best episodes of The Man From U.N.C.L.E., the surprisingly Mission: Impossible-like "The Project Strigas Affair" and as the gadget-toting KAOS assassin Stryker in the first season Get Smart classic "The Dead Spy Scrawls."

Leonard Nimoy may not be an actor immediately associated with spies because he was, quite rightly, most readily associated with science fiction thanks to his timeless performance as Mr. Spock on Star Trek (a role it was a joy to see him reprise in J.J. Abrams' 2009 franchise reboot). But his legacy in the pantheon of great TV spies should be equally assured. His tenure on Mission: Impossible covered some of the show's very best episodes, and he himself contributed immeasurably to their success. Mission accomplished, Mr. Nimoy. We'll always have Paris.

That's a fine tribute, Tanner. You've boiled it down perfectly as to what Nimoy brought to M:I.

I loved, loved, LOVED his debut in S4's "The Code", playing the Che Guevara-esque "El Lider." The sleazy, oily demeanor--and laugh--he brought to the character was superb. I will always remember how Nimoy-as-El Lider took a slice of off of a lime and ate it while making ludicrous demands as he irritated Harold Gould's "Vincente Bravo" character for having sold out once the latter had achieved a modicum of power but who was nonetheless the puppet of a foreign government. Nimoy made us see that El Lider was a crude, hard man who hadn't become a soft member of the establishment. His was the showcase role in that debut episode.

Good to hear from you again, CK! I'm sorry it's on such a sad occasion. Yes, he was certainly great in "The Code," too. (And, indeed, in most of his episodes!) It was that role I had in mind when I cited his bearded and Latino roles. I feel his contributions to this series are constantly underrated. Hopefully that will change with time.

I knew you'd memorialize Nimoy from the perspective of his Mission tenure, and Tanner, you didn't disappoint. In Patrick J. White's invaluable The Complete Mission: Impossible Dossier, Nimoy is quoted as saying that no one ever asked him about Mission: Impossible -- not one person, in all his years of conventions and fan events and interviews and personal appearances. "It was a top-secret experience!" he said. And that was in 1990. I always hoped that I could meet him, just to be the first person in half a century to query him about his Mission tenure.

Nimoy had a rich and varied career outside of his most indelible role as Spock, and I like to think that the variety of roles he played in his too-short run on Mission helped people to see him as capable of far more than just his logical alter ego. I always wished that they'd just gone ahead and made Lee Meriwether the permanent successor to Barbara Bain, to go with Nimoy as Martin Landau's successor. A Graves-Nimoy-Meriwether-Morris-Lupus team would have been just about unbeatable. I also can't help but wonder what Nimoy might have made of the planned 1980s big-screen version of Mission with the planned title of Good Morning, Mr. Phelps that he was approached to direct following his great success with back-to-back Trek movies.

No one should be surprised, of course, that the great majority of the obituaries and tributes to Nimoy are glossing over his work on Mission, and concentrating on Spock. In Spock, Nimoy created one of American popular culture's true originals, and I felt that it was right and just that he was the lone member of the original crew to appear in the Abrams reboot. No disrespect to William Shatner, but let's face it, dashing, lusty, swashbuckling explorer/commanders are a dime a dozen in genre fiction. Spock, on the other hand, was a character like no one and nothing ever seen before, and in many ways embodied the true soul and spirit of Trek. Would I have been as moved if it had been Shatner's Kirk in that snowy cave in the '09 film? I don't think so.

(And let's not forget -- Shatner made his own contribution to Mission, in the form of two late-stage guest appearances. How they didn't manage to snag him while Nimoy was part of the cast, I'll never fathom.)

And in closing let me say that Nimoy made another notable contribution to the world of intrigue, in the form of one of the greatest Cold War thrillers ever -- Star Trek VI: The Undiscovered Country! Nimoy executive-produced the film and is credited with its original story, and it was he who came up with the film's basic premise of "the Wall coming down in space." Seeing a Trek movie that hit so many of the classic story beats of the spy subgenre that sprung up in the age of glasnost and perestroika was, for this longtime fan of Trek and spies, a genuine pleasure -- right down to the climactic scene of an assassin carefully assembling a telescopic high-powered rifle, preparing to take out a head of state as the heroes race against time to keep the peace. How many times have we seen THAT one in the annals of thriller fiction, on the big screen, the small screen and on the page? (I'm not complaining at all and I hope I don't come off that way -- I loved seeing Trek take a dip into intergalactic intrigue.)

Leonard Nimoy had been, and ever shall be, a legend. And no one will ever disavow any knowledge of his actions. I hope that someone, somewhere, did finally get to ask him about Mission.

Thank you, Quiller. An excellent remembrance there yourself! I didn't want to detract from his undeniable cultural impact as Spock, just, as you say, focus on the side of his career I knew most obits would overlook. I agree that it was only right that he be the cast member who carried the torch from one series to the next, and it was a wonderful moment to see him in that ice cave! Star Trek VI occurred to me after I wrote the obit as a good spy connection too, and I thought about updating it, but haven't yet. I was also thinking about adding something about his planned M:I movie. All I know about that is from White's book. Try as I might, I've never been able to track down a script. Have you? I often wonder how such a movie would have turned out! It sure would have been cool to see the original M:I crew do a series of features as successful as the Trek ones....

Reportedly, Martin Landau was considered for the role of Spock, but he ended up on Mission Impossible instead. Then, when he left MI, his replacement was Leonard Nimoy.

Landau and Barbara Bain next starred on Space:1999. They went from a spy series to a science fiction show. Nimoy went the opposite route, from sci-fi to spy-fi.