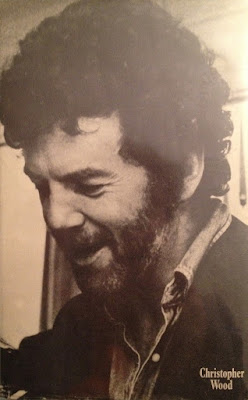 I was very saddened to read on The Book Bond that screenwriter and author Christopher Wood passed away over the weekend at the age of 79. Wood's contributions to both the cinematic and literary James Bond are sometimes overlooked, but tremendous contributions nonetheless.

After poor sales doomed his early ambitions as a serious novelist, the Cambridge-educated Wood turned his talents to penning humorous erotic potboilers under the name Timothy Lea. In this realm, he found great success, creating the popular "Confessions" series. Beginning with Confessions of a Window Cleaner in 1971, Wood wrote 19 pseudonymous "Confessions" paperbacks during the Seventies (selling in excess of 3 million copies) and helped launch that decade's odd genre of British sex comedies (a craze that also kick-started the career of future Bond director Martin Campbell). Under his own name, Wood penned the screenplays for four popular Confessions movies (the first helmed by former Bond director Val Guest) which made an unlikely sex symbol out of shaggy star Robin Askwith. He also wrote the Michael York comedy Seven Nights in Japan (1976) for director Lewis Gilbert. (For Bond fans, this was Gilbert's second Japan-set film to feature Charles Gray, following You Only Live Twice.) This led to Gilbert bringing him to EON Productions' attention, and he was hired to write Gilbert's next Bond movie, The Spy Who Loved Me.

While Bond scripting was always a team effort (Richard Maibaum also received writing credit on Spy, and the writer of the previous three films, Tom Mankiewicz, did a lot of uncredited work), there is no question that Christopher Wood was at the very center of that team in the most formative period of Roger Moore's tenure as 007. While Moore had already had two outings as the famous secret agent, it was The Spy Who Loved Me (1977) that really defined his incarnation of James Bond. Wood and Lewis also stuck around for the follow-up, Moonraker, in 1979. While it's not difficult to believe that the Confessions screenwriter coined some of the series most egregious double-entendres, Wood contended that Moore himself deserved substantial credit for those. Whoever was responsible, it was the right formula for the time, and arguably saved the franchise, which had flagged early in the decade. Moonraker became the highest grossing entry to date.

But Wood's contributions to James Bond weren't limited to celluloid. Because Ian Fleming had stipulated that the movie producers could only use the title The Spy Who Loved Me and not the plot of his novel (an experimental outing narrated by the Bond Girl, with Bond himself absent until its final third), the resulting movie bore no resemblance to the book. Consequently, it became the first Bond movie to get a novelization - and Christopher Wood wrote it, making him the third official continuation author, after Kingsley Amis (Colonel Sun) and John Pearson (James Bond: The Authorized Biography of 007). To differentiate it from the Fleming title, Wood's novelization was titled James Bond, the Spy Who Loved Me. Moonraker, reinvented as a space story to cash on the Star Wars craze, also deviated completely from Fleming's novel (rather a pity, since it was one of his best) other than the villain's name. So Wood once again wrote a novelization, James Bond and Moonraker. Despite the vast disparity between the over the top adventures of the Late Seventies cinematic 007 and Ian Fleming's more grounded novels, Wood managed the neat task of reconciling the two takes in his books. (Even Kingsley Amis praised him for this feat.) The results were two continuation novels with a very Fleming feel, much more successful pastiches than Sebastian Faulks' later attempt to capture Fleming's style. As such, they've long been held in high regard by Bond fans, considered among the best of the numerous continuation novels. The UK hardcover first editions, from Jonathan Cape, are also highly collectible, since they had a very limited print run geared mainly towards libraries. Paperback editions from both the UK and USA are easy to come by and worth tracking down. 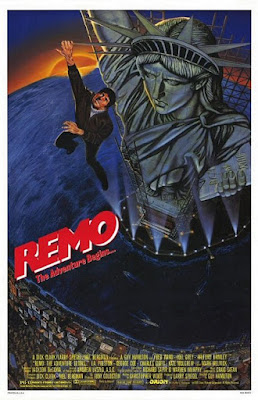 While he didn't continue to work on the James Bond films in the 1980s, Wood did collaborate with a former Bond director to bring another famous fictional secret agent to the big screen in that decade. He wrote Remo Williams: The Adventure Begins in 1985 for director Guy Hamilton (Goldfinger). Adapted from the popular Destroyer series of paperback Men's Adventure novels by Richard Sapir and Warren Murphy, the Fred Ward/Joel Grey movie was sadly not successful enough to ever make good on the promise of its title, and we never got to see the adventure continue. But Wood brought to the table all of the fun of his Seventies Bond movies, and the results are enormously entertaining.

Wood continued to work throughout the Nineties and early 2000s as a screenwriter (writing scripts for Roger Corman) and novelist (including the well-received autobiographical showbiz satire California, Here I Am, which was praised on its publication by future Bond novelist William Boyd). Wood's final published work was a 2006 memoir of his time spent with Agent 007, entitled James Bond, The Spy I Loved. Candid, humorous, and informative (though direly in need of a better proof-reader!), it's a must-read for any fan of Seventies James Bond, and a fitting celebration of the indelible mark that Christopher Wood left on the world of 007.
Posted by Tanner at 4:28 AM

Thanks for penning this very nice tribute to Mr Wood, too often overlooked by Bond historians and architect of two of my favorite entries in the series (and the two best Bond film novelizations by a country mile).

Not to nitpick, but I don't think Val Guest was ever a Bond director, unless I missed something. He was a spy film veteran, and directed Roger Moore in The Persuaders, but Bond?

Val Guest was one of the many directors who worked on the 60s version of Casino Royale; in fact, IIRC a fair bit of it was his work - as far as it is possible to tell!

I read Mr Wood's novelisations of the two Moore movies a couple of years ago and they do stand up - they're VERY 70s but they do a surprisingly good job.

Indeed, it was poor Val's job to try to stitch together the sections everyone else had directed and make a coherent movie out of it all - a thankless and impossible task! I believe he also directed all the Woody Allen scenes, which (thanks largely to Allen's own uncredited writing) are among the film's highlights. ("My doctor says I can't have bullets entering my body at any time.") I just found it interesting how many Bond directors Wood's career directly and tangentially intersected with, hence the somewhat awkward shoehorning of Guest and Campbell!

I enjoyed Wood's two novels VERY much when I was in high school, and they felt very authentically Fleming to me at the time. I haven't revisited them since, though, and I wonder if they would still strike me that way, or if I would now have the same negative reaction I did to Mr. Faulks' poor attempt to emulate IF? I will certainly have to re-read them soon to find out. I suspect I'll still enjoy them immensely, especially given both of your assertions that they still stand up well!

Oh yeah, forgot CR had almost as many directors as it did 007's. (Actually I considered that film as his possible "Bond link," but it's not on his filmography at IMDB. Maybe he slipped them some cash to leave it off! :-))

I missed out on Wood's "Spy" novelization in '77 but loved the MR book. Then thanks to the wonders of the internet I got a near-pristine copy of TSWLM about 8 years ago and thought it was great, as well. It might have helped that Wood wrote them when the Fleming era was still in the recent past, relatively speaking, so efforts to recreate his style didn't seem so labored and "cutesy" as they do now.

But I agree the age of the reader can factor in: back in '79, at age 14, my take was that Wood's MR was the best of both worlds: "Just like Fleming, but with more spaceships!" :-)

Both Wood's Bond novelisations are on Kindle, for those who want to read them.

They were... but they were suddenly removed (from U.S. Amazon anyway) sometime last year. It's really too bad! They even had nice cover art. I hope they reappear.