Movie Review: Jerry Cotton In Death And Diamonds aka Dynamit in grüner Seide (1968) 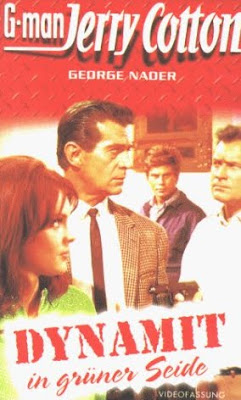 Movie Review: Jerry Cotton In Death And Diamonds aka Dynamit in grüner Seide (1968)

While Jerry Cotton is technically an FBI man and not a spy, most of the movies–especially the later, color ones–still situate themselves firmly in the James Bond-inspired Eurospy genre by way of fantastic Bondian stunts and situations. Not so much with Death and Diamonds, which plays as more of a heist movie (or crime movie) than spy. There aren’t even a lot of stunts this time around, at least not after Jerry earns some points for needlessly using a crane to enter an apartment full of thugs in the pre-credits sequence. (Though there are a few doozies at the end that make up for the dearth in the middle!)

The FBI, as usual, wants to discover the identity of a big-time crime boss, this one named Stone. Stone’s gang are planning a heist in Los Angeles, so the Bureau inserts Jerry Cotton (American actor George Nader) undercover, posing as a safe cracker named Rick Trevor, known to the gang only by reputation. Rick is apparently a skilled piano player, so Jerry has to brush up on his ivory-tickling with his old teacher: his mother! 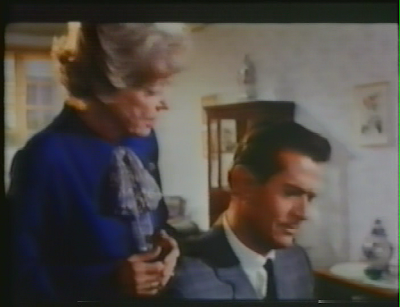 It’s not every day that we get to meet a Eurospy’s mom. Mrs. Cotton worries about her son as any mother might, and he lies to her, insisting his assignment isn’t dangerous. That’s not much comfort, though, because she remembers that the last assignment he said wouldn’t be dangerous put her son in the hospital for seven months!

The piano playing isn’t the biggest obstacle Jerry will have to overcome, though, to pose as Rick. You see, unfortunately (for the audience), Rick is British. That’s right; Jerry goes undercover as a British safe cracker. And yes, that means an accent. I think Dick Van Dyke was his dialect coach. It’s an awful, awful British accent, the kind that leans primarily on adding "old man" to the end of every sentence. Really, it wouldn’t fool a five-year-old, let alone a gang of ruthless criminals. But somehow... it does. I guess that’s because he’s also got the piano-playing chops to back it up. (That’s a joke; mercifully, he never has to actually play the piano.) 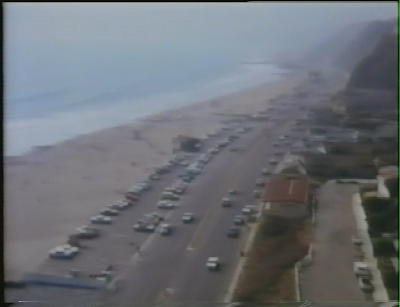 The L.A. setting results in some cool period shots of late Sixties L.A. scenery (mainly freeways and street signs) generously interspersed with incongruous German locations. The gang operates out of a pool hall/nightclub (and, apparently, dayclub, because the go-go dancers are in full swing and the ladies are in their evening best when he first arrives in the middle of the afternoon) called the Green Silk Bar. (Hence the otherwise nonsensical German title, Dynamite in Green Silk.) The gang themselves are the usual assortment of familiar Euro character actor faces (Carl Mohner, Dieter Eppler) and dim-witted thug personalities, easily pitted against each other when the time comes. There are also two very attractive ladies in the mix: good blonde Lana (Silvia Solar of Umberto Lenzi’s giallo Eyeball, Danger!! Death Ray and several other Eurospy movies, including a previous Jerry Cotton entry) and evil brunette Mabel (Marlies Dräger, who really should have worked more, but didn’t do anything else of note except the Edgar Wallace thriller Terror on Half Moon Street). Eventually, the brunette ties the blonde to a post somewhere in Barstow and whips her to make Jerry talk, injecting the requisite bit of sleaze to a mostly chaste genre entry. 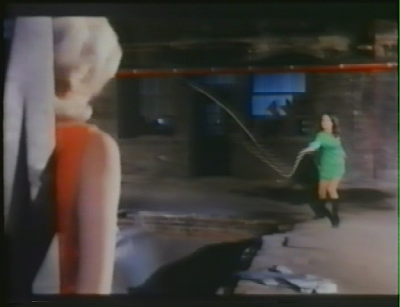 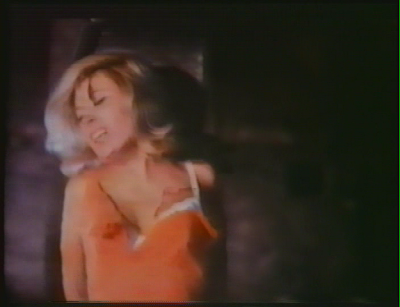 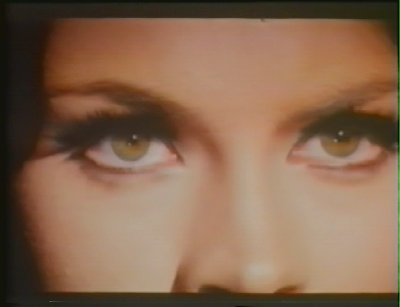 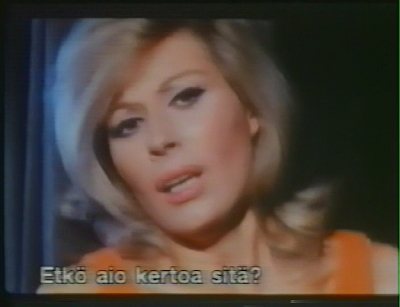 For most of the middle of the film, Jerry is undercover with the gang, constantly arousing their suspicion, but never enough so to get himself killed. Not even by perpetually sounding like one of the American voices on the Beatles cartoon show. The big heist itself is kind of neat, involving an industrial-strength vacuum cleaner to suck up the diamonds by remote control, kind of like that Season 6 episode of Mission: Impossible, "Casino." (I wonder if its writers saw Death and Diamonds?) Of course the big problem with the heist scenario is that in a heist movie–especially of the Sixties Euro-caper variety–we're conditioned to root for the heist to be successful. So by inserting Jerry as an undercover man trying to throw a monkey wrench in the plan at every opportunity, we can't help but root against him. (Even more than we already are because of that really annoying accent.)

Once Jerry’s cover is finally blown, he can at last drop the accent and everyone can breathe a huge sigh of relief. He’s also free now, of course, to openly battle the gang, and that finally leads to some of Jerry’s trademark stunts. One in particular almost singlehandedly makes up for the earlier lack: Jerry perfects the coolest way ever of getting into a car! As the car careens towards him, he charges at it head-on and leaps, feet-first, smashing through the windshield and knocking out the driver! Then we cut to a closer shot inside the car, and Jerry has somehow managed to turn himself around and take the gun from Dräger in the backseat and turn it on her. Maybe it was sloppy editing, but I like to believe that a widescreen version would reveal Jerry doing a tricky bit of gymnastics inside the car and twisting himself around in time to make that work. Either way, the stunt is awesome enough that a flub is forgivable, like when James Bond drives his Mustang out of the alley on the wrong two wheels in Diamonds Are Forever. Plus, Jerry offers up a witticism to keep us from dwelling on continuity issues: "Well, it looks like this car’s had it. Let’s move on to yours, shall we?" 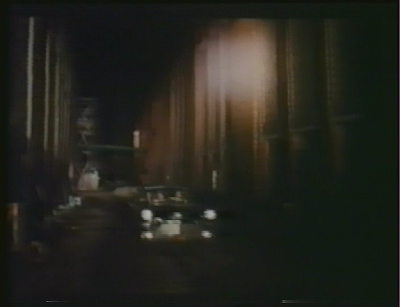 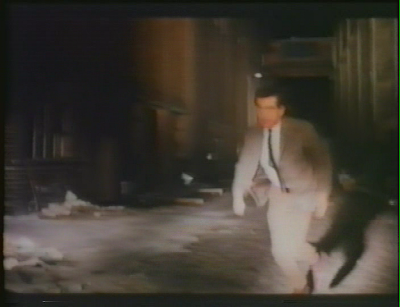 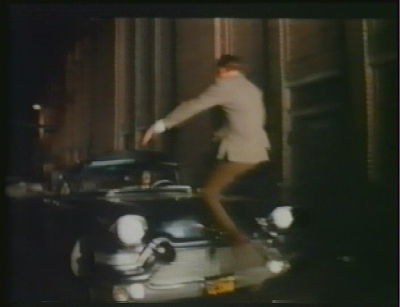 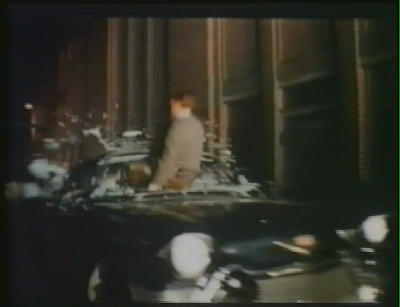 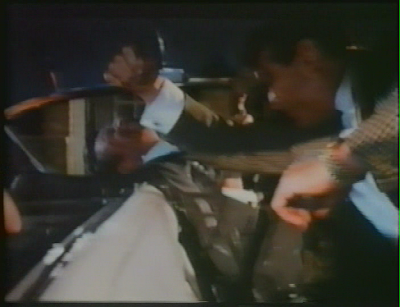 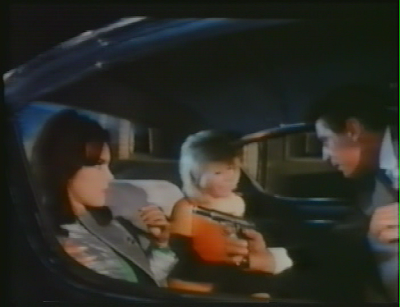 Speaking of cars, there’s sadly not much of Jerry’s Jag this time out, but we do get a nice white Mustang (hers that he’s referring to) and a motorcycle. Jerry commandeers the latter to pursue the bad guys out of their garage at the end when they escape in a fake police car, dressed as cops. And their driveway leads right into a quarry. There’s always a quarry at the end! Wherever they are in the world! This one takes place in my own neighborhood, and I never, ever realized that there was a giant quarry just off the Pacific Coast Highway in Santa Monica! But somehow the quarry leads them from the house onto the PCH, and Jerry gives chase as the infectious Cotton Theme blares. 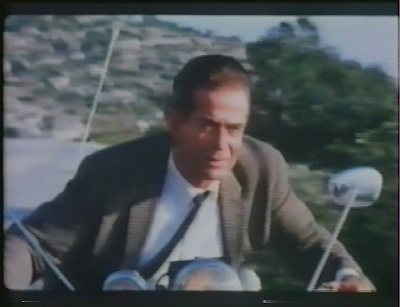 The baddies drive their police car to a waiting yacht... and once again, the geography doesn’t quite add up. Things seem to shift suddenly from Santa Monica to, I’m guessing, somewhere in Germany, because there’s suddenly a convenient bridge over what should be the Pacific Ocean. Whatever; geography doesn’t matter. After all, a bridge probably means a good stunt, right? Right! I suspect Jerry’s never met a bridge he didn’t jump off of, and this one proves no exception. In fact, he plunges from a really staggering height (it’s very impressive!) onto the awning roof of this yacht. (Of course the yacht has an awning roof. You need a lot of awnings when Jerry’s around.) There aren’t a lot of stunts in Death and Diamonds, but the ones there are are good ones. These, and Solar and particularly Dräger, make it well worth your while to sit through Jerry’s intolerable British accent for a breezy hour and a half. 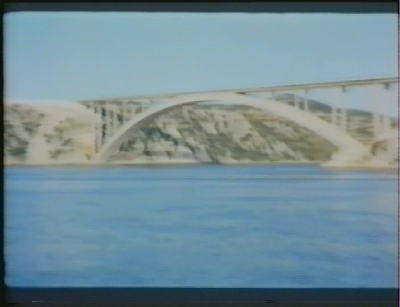 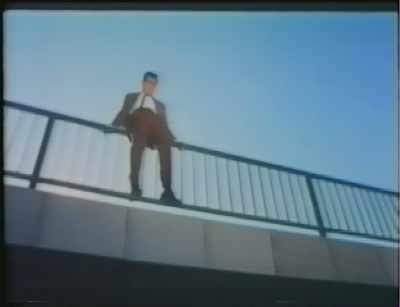 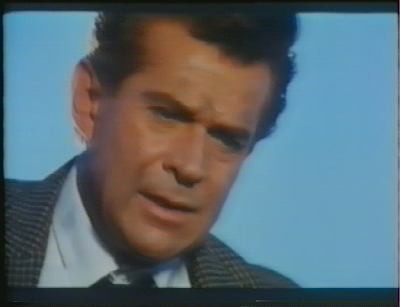 After watching a few Jerry Cotton movies, though, I’m left with a burning question: Is Jerry himself supposed to be gay? Did the first heroic gay secret agent actually beat Jacob Keane to the screen by a good forty years? (And even beat Timothy Dalton’s character in Permission To Kill by a decade?) I know George Nader was gay, but I didn’t think the character was supposed to be. But there are just so many moments that would seem to support that, particularly in Jerry’s interactions with the many beautiful women who cross his path. In Death in a Red Jaguar, Jerry walked right past the open arms of the grateful damsel he’d just saved and into embraces of his male colleagues instead. In Death and Diamonds, when Lana puts her hand pointedly on Jerry’s and says at the end that she wants to be good, good friends, Jerry smiles and earnestly replies, "for a long, long time." In Tony Kendall’s (Kommissar X) mouth that line would somehow come out exceptionally sleazy, and you’d know that he meant friends with serious benefits. But coming from Jerry, I really do think he just means "friends." I suspect Lana is in for a disappointment... 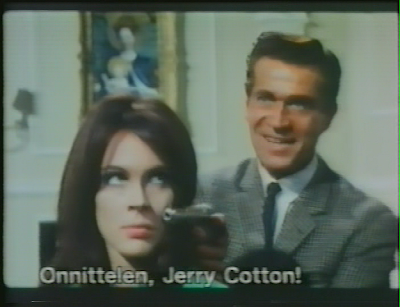