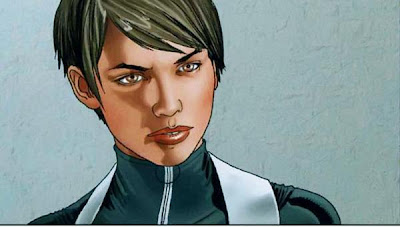 Marvel is expanding the roster of cinematic S.H.I.E.L.D. agents. Deadline reports that How I Met Your Mother's Cobie Smulders is close to landing the role of Agent Maria Hill in The Avengers. (Usual caveat when talking about this movie: it's based on the Marvel comic book that stole that name, and has nothing to do with the TV show everyone reading this blog knows to be the real Avengers... but it still sounds cool!) According to an interview Samuel L. Jackson (who plays Nick Fury, director of S.H.I.E.L.D.) gave to Jimmy Fallon last week, the 29-year-old actress will play his "sidekick" in the film.  However, comic readers will be aware that Hill eventually goes on to replace Fury as director of S.H.I.E.L.D. herself... but presumably that moment is a long way off in the film universe. 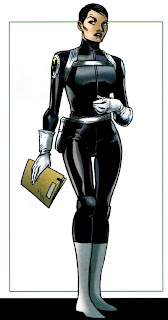 Personally, I was rooting for Firefly's Morena Baccarin to re-team with that show's creator and director of The Avengers, Joss Whedon, for the role (she's already got the Maria Hill haircut for her part in V!), but Smulders is good too.  According to the trade blog, she was Whedon's choice to play Wonder Woman back when he was developing a Wonder Woman movie that never came to be. Smulders will join an expanding line-up of S.H.I.E.L.D. agents that already includes Jackson along with Scarlet Johansson as Black Widow, Jeremy Renner as Hawkeye and Clark Gregg as Phil Coulson, the only one of these characters created specifically for the movie universe and not taken from the comics. (I wish he was playing Jasper Sitwell instead, but oh well.)
Posted by Tanner at 2:38 PM