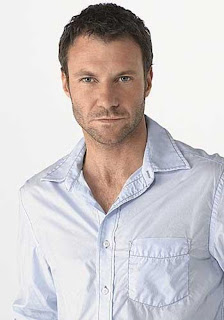 Deadline reports that Chris Vance, who played the smarmy "psycho" arms dealer Mason Gilroy on Season 3 of Burn Notice, has been tapped to fill Jason Statham's sizable shoes on EuropaCorp's Transporter TV series.  Hm.  I'm not convinced.  Vance didn't really impress me on Burn Notice, and physically he's certainly no Statham... but I'll give him the benefit of the doubt.  (At least he's English.)  I think he was also considered for the new Saint telefilm, so presumably he's got reserves of charm that weren't on display in Burn Notice.  As previously reported, the 12-episode, $48 million Transporter TV series (based on the awesome Luc Besson-produced series of neo-Eurospy movies) will air here on Cinemax. It will shoot in Europe.
Posted by Tanner at 6:58 PM

Oh, believe me, we don't think that! Watch enough Spooks and Foyle's War and it becomes painfully clear that plenty of British TV actors cannot do American accents! (It still seems weird to me hearing Hugh Laurie speak with one, even though his is pretty flawless.) Whatever Statham's doing or trying to do, it definitely doesn't read as an American accent--and better that way, if you ask me. The effect on Americans is probably just that it subdues his own British accent enough to be more understandable than in Lock Stock! At any rate, I'm still glad they're sticking with a British Frank Martin.

It's what we charitably call a "transatlantic accent", less charitably a "mid-Atlantic accent" - something that's supposed to be American but doesn't register as quite right on either side of the Atlantic.