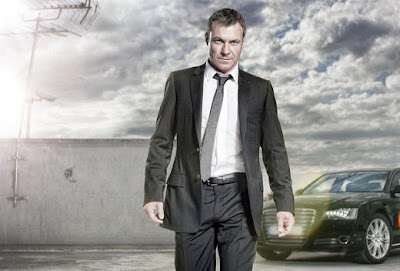 Cinemax's new TV version of the Luc Besson-created Transporter franchise (featuring Frank Martin, the character originated on the big screen by Jason Statham) has added a few more stars to its cast, including the all-important car. InAutoNews reports that previously cast TV Transporter Chris Vance will drive an Audi A8, continuing the franchise's relationship with the carmaker that began with the second theatrical installment. And the car brand isn't all that will feel familiar from the films. Additionally, Screenrant reports that French actor François Berléand will reprise his role from the films as Inspector Tarconi, Martin's friend and occasional fishing partner. Berléand, Vance and the previously annonced Andrea Osvart will also be joined by actresses Delphine Chanéac (the 2006 Pink Panther) and Rachel Skarsten (Birds of Prey) as, respectively, Olivia, a reporter tracking Martin’s work, and Delia, the mysterious daughter of a man from Martin’s past. Lost and Undercovers director Stephen Williams will helm the pilot.
Posted by Tanner at 6:57 PM

All sounds fabulous! By the way, did you ever review the Retro-Action discs which give an idea of the upcoming quality on this release? thanks

Thanks Tanner for this great news! I am a big fan of the Transport franchise and will love to see the series. I am headed for the Cinemax site to check out the show times and other series and movies they are showing.