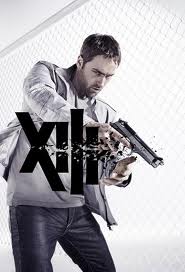 I could have sworn that I'd already reported on the new EuropaCorp-produced TV series version of Jean Van Hamme's Bourne-inspired XIII graphic novels, but if I did, I can't find the post. Anyway, Luc Besson's production company (the people behind such neo-Eurospy movies as Taken, From Paris With Love and the Transporter trilogy) previously produced a XIII miniseries starring Stephen Dorff and Val Kilmer (released on DVD and Blu-ray as XIII: The Conspiracy), and now they've produced a whole TV show based on the concept. This time Stuart Townsend stars as the amnesiac secret agent known only as "XIII," and Archer's Aisha Tyler co-stars playing a live action spy instead of an animated one. Bond Girl Caterina Murino (who also appeared in the miniseries) has a recurring role. Today, Deadline reports that the ReelzChannel (which is really a thing, apparently; I think it's a cable network) has picked it up for U.S. broadcast. XIII will premiere in June on ReelzChannel. One 13-episode season has already aired in Europe and Canada, with another set for broadcast sometime this year.
Posted by Tanner at 2:22 PM

Thanks, Colin! I didn't know that. That definitely makes this a lot more interesting...

And whoever posted first, unless you happen to ALSO be named Matthew Bradford (in which case, cool! It's a great name!), while you're welcome to post here, I'd appreciate it if you don't do so using my name. Thanks.