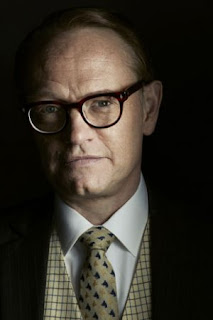 If they take as much care with this endeavour as was done with "The Night Manager", then it should be a very interesting series.
Jared Harris as Smiley would be awesome, but if they try to cast him as a forty-ish Smiley in something like "Call For The Dead", it may take more than make-up (and maybe CGI) to make Harris look THAT young. Make Smiley around 45 and we may be on to something. Set the first three stories a little closer together in the '60s timeline and away we go.