Dynamite Entertainment unleashed its advertising campaign for its upcoming James Bond 007 comic book today. All Dynamite comics out this week include a double page spread in the middle promoting the upcoming 007 series, and it includes our first glimpse of Jason Masters' interior artwork for the Warren Ellis-penned book, stylishly reformatted into the shape of a pistol. 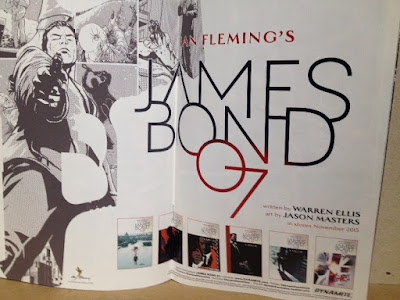 But that was only the tip of the iceberg. On their website, Dynamite has revealed three whole textless pages of sequential interior art in black and white. It's unclear whether these pages will also be in black and white in the comic itself, and whether or not they'll have text. If they are black and white, the technique would recall the opening sequence of Casino Royale (2006), which depicted a similar scene in monochrome. And if they are textless, they would recall the most famous sequence in spy comics, Steranko's three page "silent" opening to Nick Fury, Agent of S.H.I.E.L.D. #1. These Bond pages appear to come from what Ellis recently described as the book's "cold open," a duel in a Helsinki building site. Head over to the Dynamite site to see them all. Read more about the first storyline, VARGR, and see the various covers here. 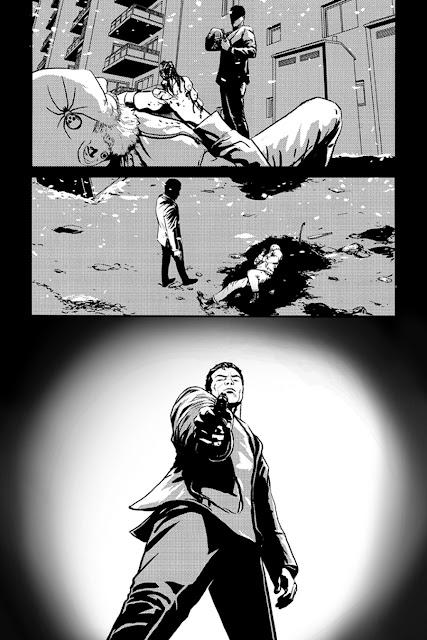