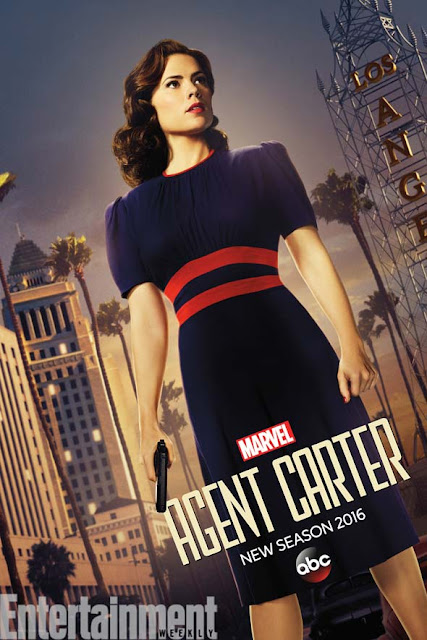 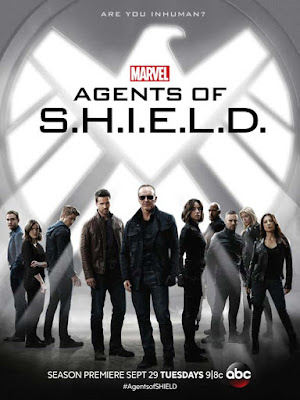 ABC and Marvel have released posters for both of their spy series. Entertainment Weekly debuted the poster for Season 2 of Agent Carter, the spectacular early Cold War period spy series starring Hayley Atwell (The Prisoner remake) and set in the Marvel Cinematic Universe, due to return this winter. This poster will be given out at the Marvel booth at the upcoming New York Comic Con in October. There's also a new poster for the upcoming third season of Agents of S.H.I.E.L.D., which premieres this Tuesday, September 29, at 9/8c. Season 2 marked a distinct improvement over Season 1, but I have to admit I'm apprehensive over the direction it appears to be going, with more and more focus on the least interesting character, Skye, and her people, the Inhumans... a focus which threatens to take the show in a decidedly more superhero direction at the expense of the spying. But maybe it will all work out. We shall see!
Posted by Tanner at 1:26 AM