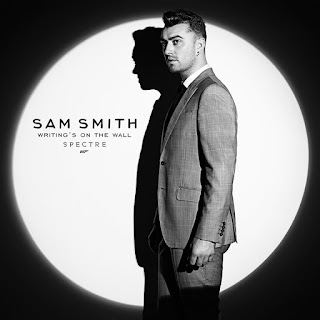 British singer Sam Smith will perform the theme song for the 24th James Bond movie, SPECTRE, it was announced today on the official 007 website. The news comes on the heels of months' worth of rumors and speculation that Smith would be the one belting out a SPECTRE song come November. Then, in recent months, the tantalizing spectre of Radiohead singing the song somehow worked its way onto the Internet, cruelly taunting us with the prospect of something amazing. But it wasn't to be. Oh well. Sometimes lesser artists end up recording some of the best Bond songs, so there's certainly hope for Smith's theme. While you would think that the word "spectre" would have been fairly easy to build a song around (unlike "Octopussy" or even "Quantum of Solace"), that sadly won't be the case, and for the third time in Daniel Craig's Bond career, the title of the theme song won't be the title of the film. Smith's song, co-written with Grammy-winning lyricist and frequent collaborator Jimmy Napes, will be entitled "Writing's On the Wall," which certainly sounds suitably Bondian. The single will debut on September 25 (though if history is anything to go by it will leak earlier), at which time it will be available to purchase digitally. Unlike any other Craig-era theme, it's possible that "Writing's On the Wall" will actually be included on the movie's soundtrack, as was always the case before for Bond movies. Decca Records will release returning Skyfall composer Thomas Newman's (Skyfall) score, and they are part of Universal Music Group... which is also home to Smith.

SPECTRE opens November 6.
Posted by Tanner at 3:46 AM