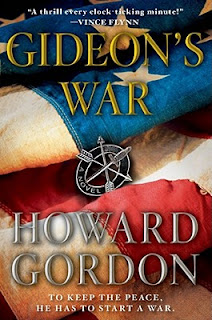 Howard Gordon Discusses His Many Spy Projects in New Interview

TV Squad has a good, in-depth interview with 24 producer Howard Gordon in which he touches on all of his many spy projects, past and future, including 24 (the show and the upcoming movie), Homeland (his new Showtime series debuting this fall), Gideon's War (his novel) and Legends (the NBC series based on the Robert Littell novel about a CIA agent so deep into his cover identities that he loses sight of his own). Personally, I'm most interested in that last one, but unfortunately it doesn't sound likely to move forward—at least not with Gordon.  "This may be the last that we ever talk about [Legends]," he tells the website, somewhat cryptically.  Does that mean that he thinks it's unlikely to be picked up, or that if it is, his busy schedule (possibly including the new NBC show R.E.M.) means that he won't be involved with it?  Hard to say, but he does reveal that we should know within the next week or so if it's going to series or not. If it does, it's possible that Littell fans might be a little surprised. "It's a very, very compelling story," Gordon says, "although I threw out a lot of the source material. So it's been re-imagined pretty significantly." Eh, that's to be expected when translating a novel (especially a relatively thin one—for Littell, anyway) into an ongoing television series.  He describes the tone as darkly humorous, "but it is the sort of gallows humor, or rather, the very dry spy humor." Very dry spy humor—I like it!

As for the 24 movie, Gordon contradicts Kiefer Sutherland's recent statements that it might film as early as January.  "The 24 movie is on hold for now, although conversations are ongoing. Beyond that, there is no news—at least as far as I know. The challenge is just not making it a movie for the sake of making a movie version of 24, but really having a compelling story ... simply making it good, frankly." Well, I'm as disappointed as any spy fan over the delay, but I'm encouraged by the commitment to quality.

Those are just a few highlights. Read the whole interview, including news on future novels and Gordon's reflective thoughts on the 24 series, here.
Posted by Tanner at 6:10 PM